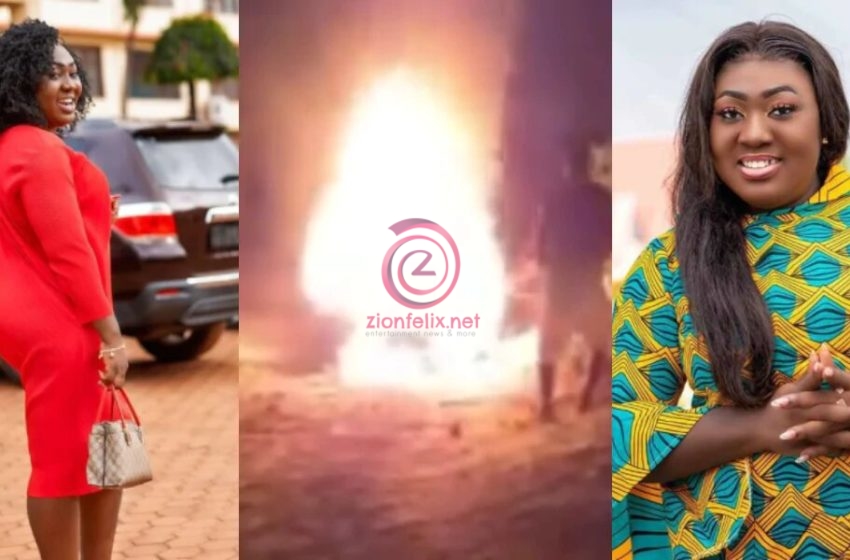 Some deluded nitwits have set the car of actress Bridget Serwaah Agyemang’s on fire.

The sad incident occurred late last night just behind her home in Kumasi.

In the video available to zionfelix.net, Bridget is heard helplessly crying out as her car went up in flames why she has done no wrong against anyone.

“I have never wronged anybody, so why” she captioned the video she shared online.

She is also heard indicating that someone had set her car on fire right behind her house while she was inside.

Even though it looked that little of the car could be saved from the video, a man at the scene of the incident was seen attempting to salvage the burning car with a fire extinguisher, but his effort was not enough to contain the fire

From what we have picked up so far, the major reason why the car was burnt by these unknown people has not been unreviled yet but the police are working assiduously to nab them interrogate them.

Watch the video of the car burning below