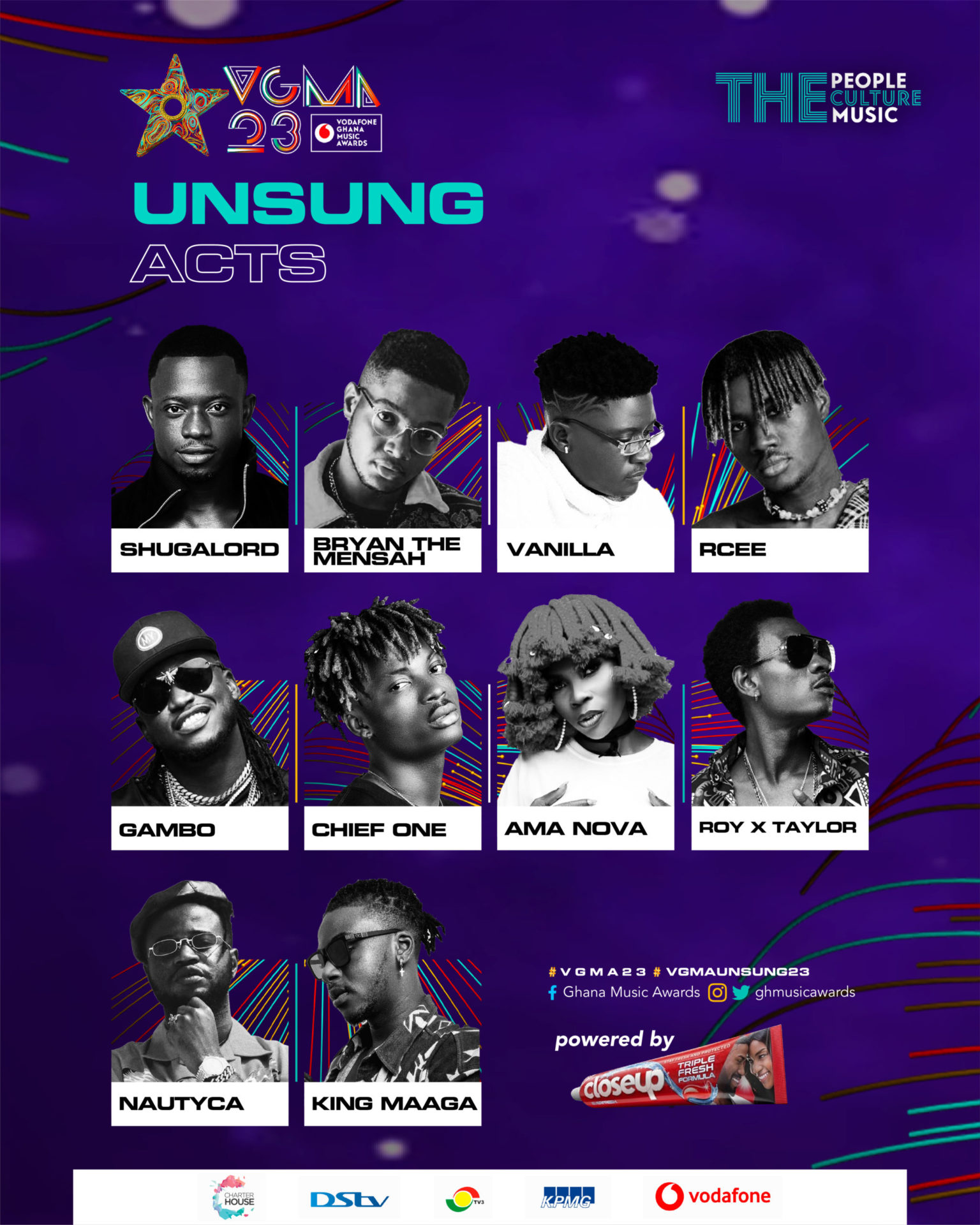 The list of Unsung Acts for the 23rd Vodafone Ghana Music Awards has been announced.

Charterhouse, the organizers of the annual award scheme unveiled the list of nominees barely a week ago.

They followed suit with the Unsung category and others today.

Ghanaian music fans are anticipating the event after the list of nominees were announced.