VIDEO: Ellen Asante Korkor Cries As She Eulogizes Delay For The Things She Has Done For Her During Her Private Birthday Party 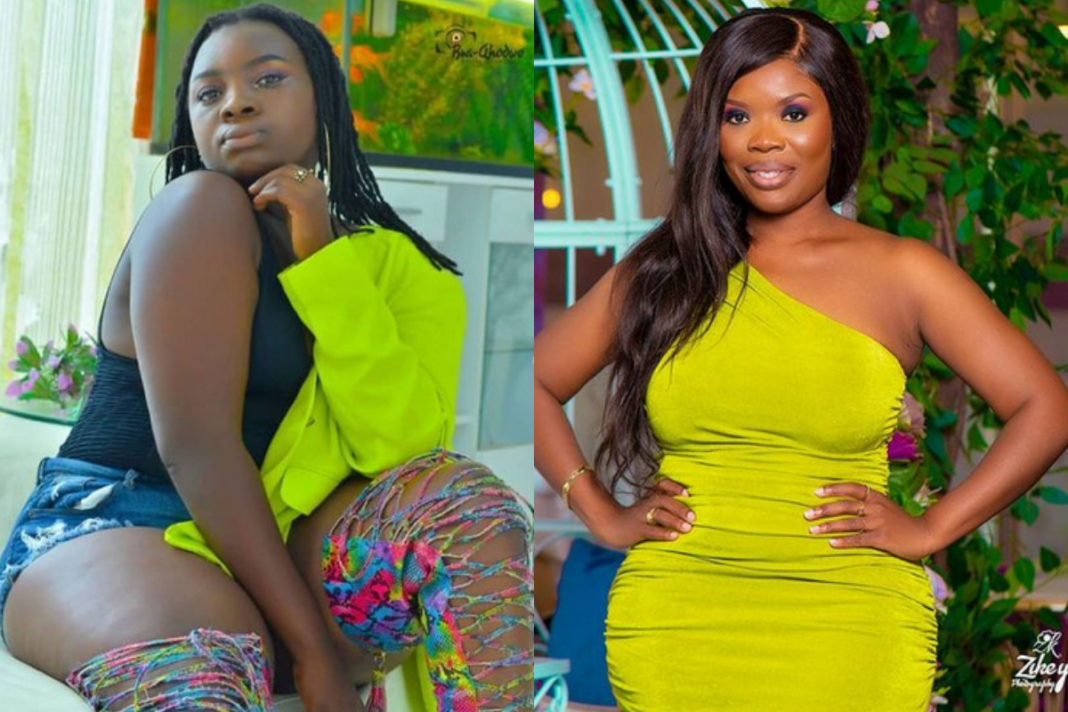 Ellen Asante Korkor, the beautiful young lady Delay inteoduced into her TV series as Afia Schwazenegger is full of her praises.

While speaking at Delay’s recent private party dinner to celebrate her 40th birthday, Helene could not hold back her tears as she spoke emotionally about how helpful Delay has been in her life.

In a video that has surfaced online, teary Ellen Asante Korkor listed the numerous things Delay did for her when she picked her as a nobody to make her a star.

According to her, Delay was the first person who rented an apartment for her in Accra some thirteen years ago.

She revealed Delay never cheated her when they worked together but she often gave her money and advised her to save.

She went on to say that because of Delay she now owns one of the biggest restaurants and pubs in Accra.

Watch the emotional video below…

Obrafour Chases Ayisha Modi With Writ Of Summons; Sues Her And...