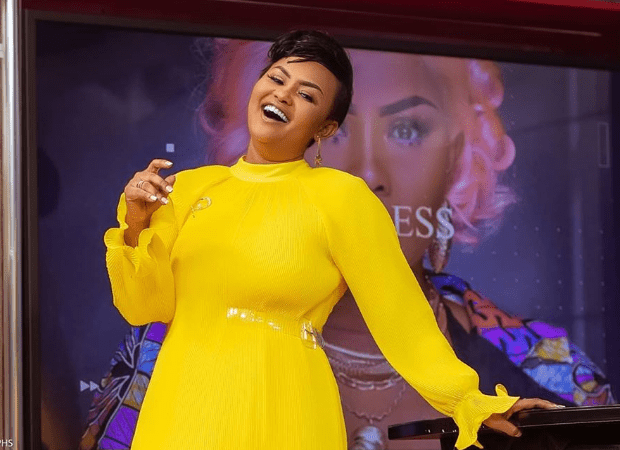 Nana Ama McBrown has finally revealed the real truth about her absence on United Showbiz on UTV.

A lot of rumours were spread after she was not seen discharging her duty as the host of one of the popular entertainment shows in the country.

She was forced to deny some of the allegations some time ago, but she did not reveal why she has not been hosting the program.

READ ALSO: Admit That You Oversold Yourself And Apologize To Ghanaians – Lydia Forson To NPP

She then explained that her absence was due to ill health.

The screen goddess disclosed that she was having a problem with her right arm—an occurrence from an accident she had some years ago.

She was thankful to God for giving her the strength to start doing what she loves so much.

Watch her revelation in the video sighted by Zionfelix.net below.