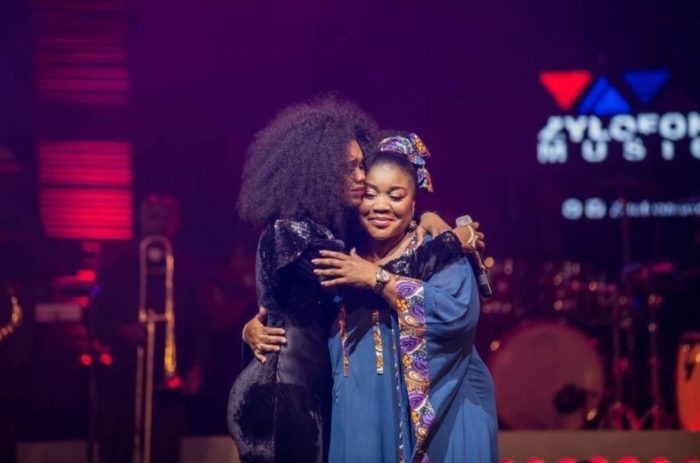 Earlier this morning, it emerged that the mother of Ghanaian singer Rebecca Akosua Acheampomaa Acheampong, known fondly as Becca has died at her base in London.

Per the viral reports which were later confirmed by award-winning blogger, Chris-Vincent Agyapong Febiri, who is founding editor of GhanaCelebrities.Com, Madam Julie Yiadom-Oti died in London yesterday after a short illness.

As social media users continue to mourn the late mum of Becca, a video of the last interview she granted Chris-Vincent Agyapong before she died has resurfaced online.

From what we have seen and watched in the video, it appears that all was not well between Becca and her mother before the woman joined her ancestors or the makers yesterday.

Per the things Becca’s mother said in that exclusive interview she granted Chris-Vincent Agyapong, her daughter had cut her off because she(her mother) was not in agreement with the marriage to Oluwatobi Sanni Daniel aka Dr. Tobi.

She also touched on various sensitive issues including how she got pregnant with Becca as a teenager but kept her even in the face of opposition from her own family.

The full interview is below. Kindly watch it for all the other details