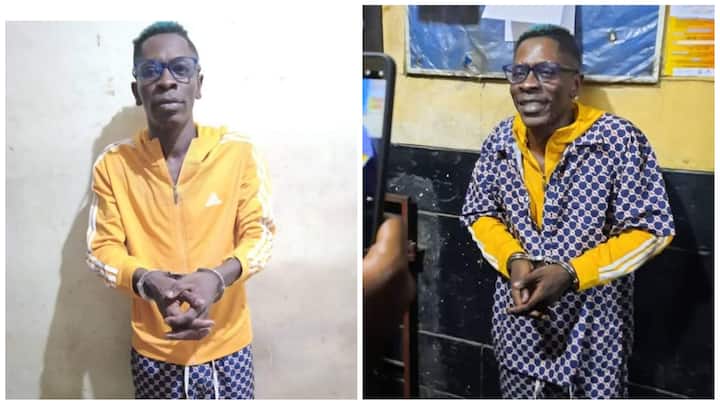 The Ghana Police Service has come out to sh00t down reports suggesting that Reggae/Dancehall musician, Charles Nii Armah Mensah Jnr aka Shatta Wale has been granted bail following his recent arrest.

According to the Service’s Acting Public Affairs Director, DSP Alexander Obeng in an interview on The Pulse this afternoon, Shatta Wale is still in their custody with two others assisting in the investigation.

READ ALSO: Amerado Finally Gets The Chance To Be C0zy With Delay After She Bounced Him During A Recent Interview – Watch Video

DSP Alexander Obeng added that they are doing everything in their power to ensure that the rights of the musician and the two others who have been arrested in connection with the alleged fabrication of a story purporting him to have been shot by an unknown assailant on Monday night are not violated.

He also explained that they are expected to be charged and processed for court in line with the security service’s modalities, stressing that the evidence available to them suggests that the musician’s charges may be pivoted around “publication of false news, usurpation of a public officer…and attempts to cause fear and panic.”