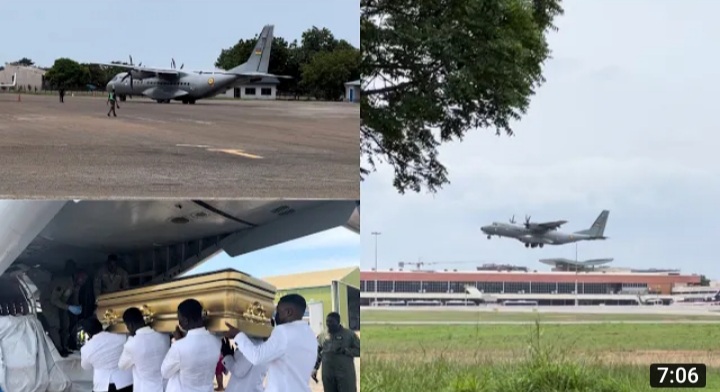 Ghanaian pharmaceutical tycoon Elder Nana Amo Tobin has flown his mother’s corpse all the way from Accra to the Western Region.

The funeral for the businessman’s late mother happened at the forecourt of the State House in Accra.

The event was attended by colleague businessmen, politicians including the Vice President of the Republic Dr Alhaji Mahamudu Bawumia and the Inspector General of Police.

The corpse is expected to be laid to rest in the Western Region later today.

In order to reach the burial grounds early enough, the millionaire pharmaceuticals producer and media mogul decided to fly the corpse instead of go by road.

The flight was made by a military plane.