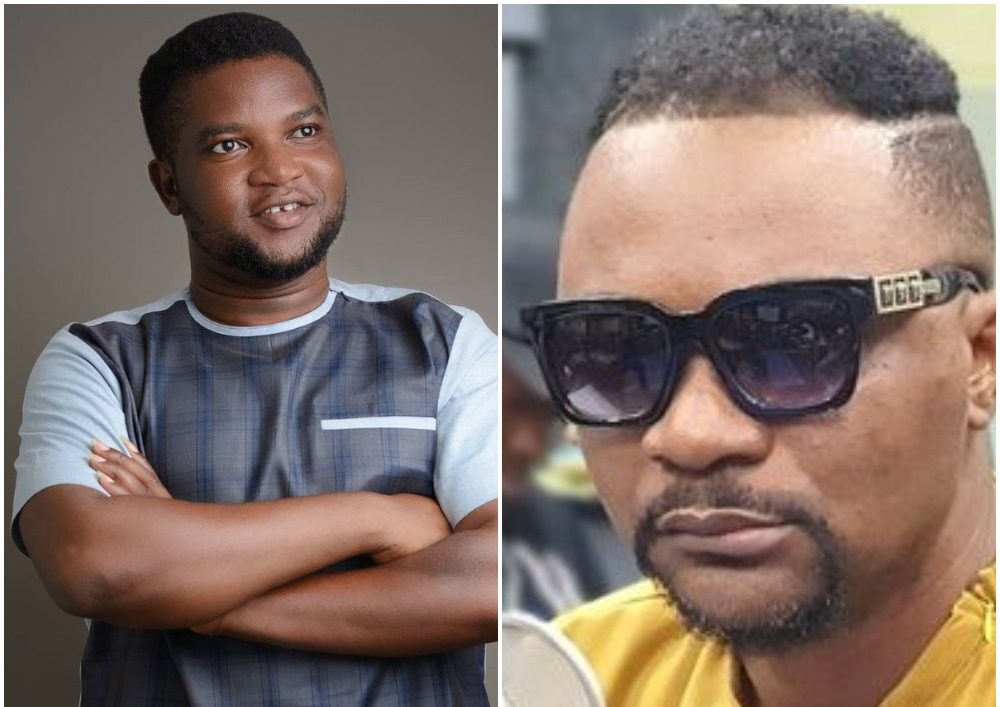 Wei Ye Oteng took to his Facebook wall to share a video of a part of United Showbiz which aired on Saturday, July 9, 2022, to make this assertion.

READ ALSO: ‘It Was Never A One-night Stand’ – Afia Schwarzenegger Finally Reveals The Number Of Months She Dated Chairman Wontumi

According to Wei Ye Oteng, Mr. Logic has consistently tried to posit himself as someone who is controversial and fearless, however, in reality, he is a big-time coward.

He questioned why Mr. Logic was bashing Afia Schwarzenegger on the United Showbiz show in previous weeks but could not do so when he finally meet her on the show.

READ ALSO: VIDEO: ‘Enemies Are Not God’ – Anita Boakye Sefa Shades Naysayers As She Chops Love With Husband In Public Amid Divorce Rumors

Wei Ye Oteng further stated that Mr. Logic does not make sense whenever he talks on any show as a pundit, however, he is always speaking because he feels that he is being left out when others speak and he does not.

‘Sometimes, some pundits on utv just wants to talk because they haven’t spoken and feel left out 😆 😅 😄 🤣 my brother if u don’t make sense ahhh saaaa, u are only needed for controversy, but when controversial Aplus and Afia are around my brother woy3 useless shut up. Illogical speeches nkoaaaa 😃 😀 😄 Arnold se ohufuor, otrofo aie saaa Arnold woy3 bad paaaaaa,’ he wrote as his caption of the video below…

Arnold to offer apology to Shatta Wale’s fans on 3 conditions...