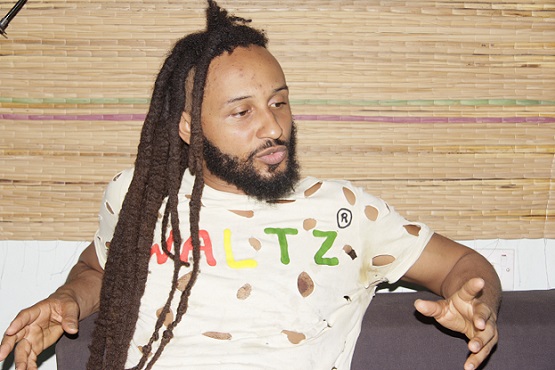 The controversial singer descended on the professor following the latter’s comments on the booing of the President at the Global Citizen Festival held in Accra on September 24 2022.

The president was booed on stage when he came to address attendees at the Global Citizen Festival. While “boooo” thundered through a cross-section of the crowd, others clapped and shouted “away”.

Reacting to the incident in series of posts on Facebook, Prof. Gyampo stated that despite the hardship in the country, the office of the president and it’s occupant must be respected at all cost.

“We do not like how the country is being governed but we cannot suddenly also throw our culture of courtesy, respect and civility to the dogs. The position of the PRESIDENCY MUST be respected by ALL, regardless of its occupant,” he wrote in one of his posts.

His views were published in the Ghanaian Publisher newspaper which made Wanlov unhappy.

READ ALSO: Entertainers Are Not Dumb, They Need To Be Voted Into Power – Sadiq Replies Prof Gyampo

He tweeted in response to Prof. Gyampo accusing him of being a sexual predator who is still being enjoying media coverage.

Prof Gyampo was accused of soliciting sex in order to extend some advantages to female students in a documentary by the British Broadcasting Corporation (BBC).

The University of Ghana (UG) subsequently suspended Professor Ransford Gyampo for six months for his role in the sexual harassment scandal which hit the university in October 2019.

I thought Ghanaians would stop eating at Marwako – Wanlov expresses...