Female musician Wendy Shay has joined the tall list of Ghanaian musicians who have launched an album this year.

The Uber driver hitmaker on Thursday, December 20, 2018, had a private launch for her maiden album, Shay On You at the Golden Tulip Hotel in Accra. The strictly by invitation corporate launch of the “Shay On You” album saw the media, industry players, family members, friends and fans of the musician real name Wendy Addo showing up to support the event.

Big men in the New Patriotic Party also attended the short ceremony and purchased copies of the new album by the Ruff Town Records signee. The Deputy Communications Director, National Youth Organiser and currently the National Organiser-elect of the New Patriotic Party, Sammy Awuku and six others paid Gh25,000 for copies of the “Shay on You” Album.

Few other personalities who attended the event offered cash to get copies of the ‘Masakra’ singer’s album.

During a one-on-one conversation radio and TV personality Caroline Sampson who was the host of the show had with Wendy Shay, the songstress revealed that the “Shay on You” is a 10 track album. She added that the album was recorded in six months and includes highlife, afrobeat, dancehall, and other music genres.

Songs on the “Shay On you” album she said include Psalm 35, Uber Driver, Shay On you and many others.

Sefa, Adina, Keche and Nana Boro also performed on the night of the album launch.

Watch highlights from the album launch below: 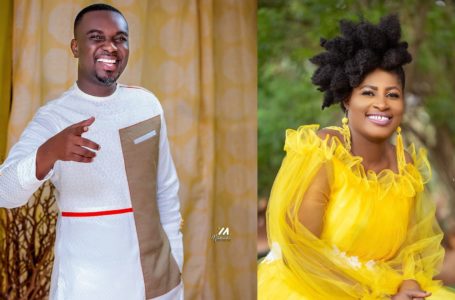 Those I Hired On My Record Label...