We can confirm that award-winning contemporary highlife group, Dobble, is officially dead and over after a war of words erupted between the group members on Social Media.

Since late last year, 2016, the group had been on the fringes of collapse. There were speculations in music circles that the group was dissolved even though neither half confirmed this. It was obvious however as they no longer attended events as a unit after one-half of the group, Paa Kwesi, boycotted all events and told friends privately that he was readying himself for a solo project behind the back of his partner.

Now Enn Wai, the other half of the group has confirmed that there was indeed bad blood between the duo. He took to social media to wash out the group’s dirty linen before the world’s eye, accusing Paa Kwesi of treachery and caginess. Enn Wai revealed via Facebook that he had been disappointed to discover that his mate had been planning a secret breakaway all along.

The seemingly upset singer also revealed that he had learnt of the ploy to break away from the wife of his mate, who had also accused him[Enn Wai] of using voodoo against him[Paa Kwesi]. But the final straw that broke the camel’s back was a perceived shadiness by Paa Kwesi to drag the group into a mess he had created himself at the Ghana Music Awards. In a burst of anger, Enn Wai called out Paa Kwesi’s duality by pretending to be emotional about the group’s inevitable demise when he had instigated it all along all in a bid to score cheap points and to cover up his mess.

Pope, the manager of Enn Wai, has since gone on a few media platforms to confirm the situation. The man who is the duo’s recognized manager as a unit revealed that Paa Kwesi had signed in at Charterhouse to receive tickets for the Vodafone Ghana Music Awards on behalf of the group but had neither given himself or Enn Wai any of the tickets, nor answered the numerous calls they had sent to his phone.

It is not clear how things deteriorated to this point. We can, however, confirm that the VGMA Most Popular Song of the Year winners are no longer friends and will not be a duo for a very long time. The group’s crack follows after other scandalous splits that have robbed the Ghanaian music industry of several high-profile groups, including Wutah, Praye and the original Vision in Progress [VIP]. 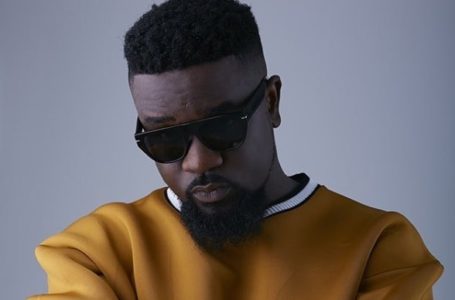