Wiyaala And PatchBay Band From Ghana Make History In Dubai 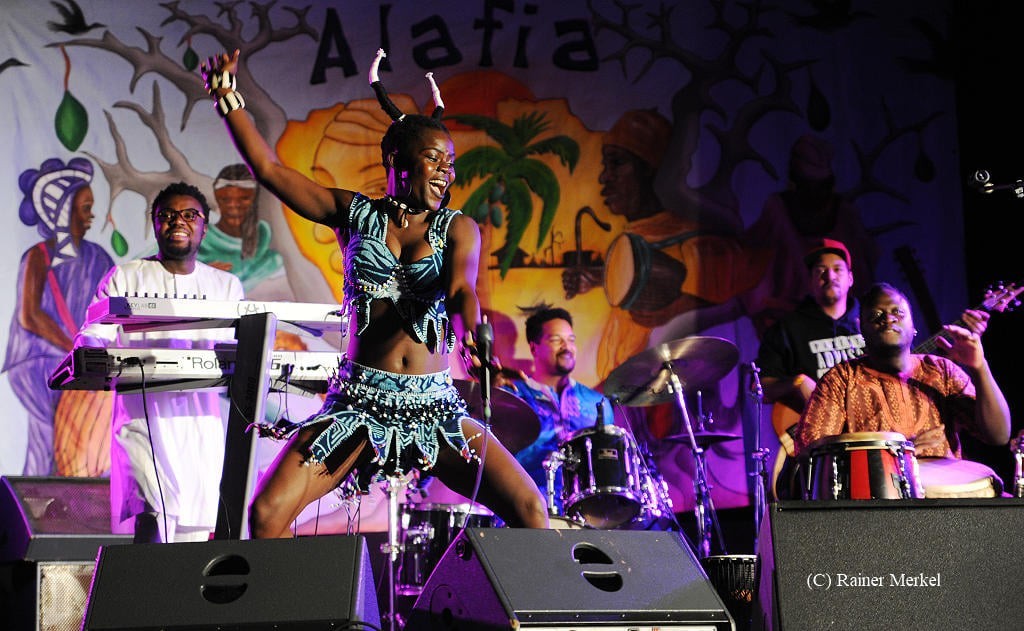 On Saturday 23rd October 2021, Ghanaian musicians, Wiyaala and the Patchbay Band put up a history-making show at Burj Park in Downtown Dubai at the maiden edition of the All Africa Festival, an event created by Nina Olatoke and supported by Emaar Dubai promoting African culture as a global conversation.

In the shadow of the Burj Khalifa, the world’s tallest building, what better advocate for Africa can there be than Wiyaala, who opened her set with her signature tune “Tinambanyi”, a song which foretells the rise of the under-appreciated.

This was followed by “Siiko ” which speaks of African tradition in conflict with modern ways and urges the people of Africa not to lose sight of their roots and identity. In “People Don’t Stop”, Wiyaala was again on message urging her people to keep fighting for their dreams.

The finale was her hit song “Yaga Yaga” which had the audience enthusiastically joining her in a call and response. The power of the performance was made possible by the skilled musicians of Patchbay who were on top of their game, revelling in the charisma, vocal power and athleticism of the lady who for good reason is also known as the Lioness of Africa.

What is the All AFRICA FESTIVAL (AFF)

Africa is more than a place; it is in the heart, minds and souls of the people. The event focuses on bringing this cultural experience to life through music, entertainment, fashion, art, food and many other cultural expressions. The mission is to showcase the vibrant energy, beauty, culture and diversity of Africa in all her expressions. To introduce Africa to the African and the rest of the world. The festival is partnered by EMAAR, one of the largest real estate developers in the UAE known for various large-scale projects such as developing Burj Khalifa, the tallest building in the world, Ojamea, West Blue Consulting, UAE Africa Networking Group, Kiza and Narratives PR UAE.

VIDEO: I Was The Only One Playing Wiyaala’s Songs About Five...