Member of Parliament for Assin Central, Hon. Kennedy Agyapong, has taken one of his baby mams to the cleaners for what he called her disrespectful and disgraceful words spoken against his person.

The astute politician who has a daughter with one Moira Dawson-Williams, has taken a swipe at her after the latter disgraced him on social media.

According to Kennedy Agyapong, his baby mama and her Nigerian husband were deported from America because they were engaged in the sale of illegal drugs.

While speaking in an interview on Atinka TV and monitored by Zionfelix.net, the controversial MP said he was even surprised that Moira Dawson-Williams would badmouth him because he knew her to be a very good woman.

Earlier, Moira Dawson-Williams joined her daughter, Anell, to badmouth Kennedy Agyapong saying that even though they were not perfect, they knew the MP had equally ‘stubborn’ kids and relatives.

However, in a quick U-turn, Madam Moira Dawson-Williams apologised to the father of her daughter after Anell took to Facebook to send an apology letter to her dad on Father’s Day.

READ ALSO: Keche And Their Millionaire Wife Perform For Ex-President Rawlings On His Birthday – Watch Video

Zionfelix.net earlier reported that Kennedy Agyapong responded to the apology from his daughter and said he was not going to be tricked by her again.

The legislator added that all that Anell was doing was in a bid for her to get him to pay her school fees. 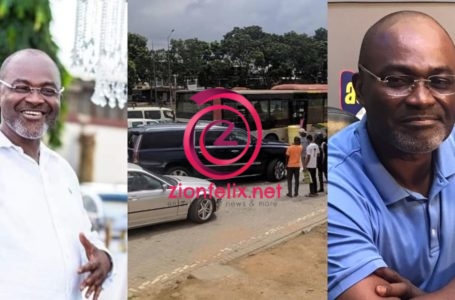