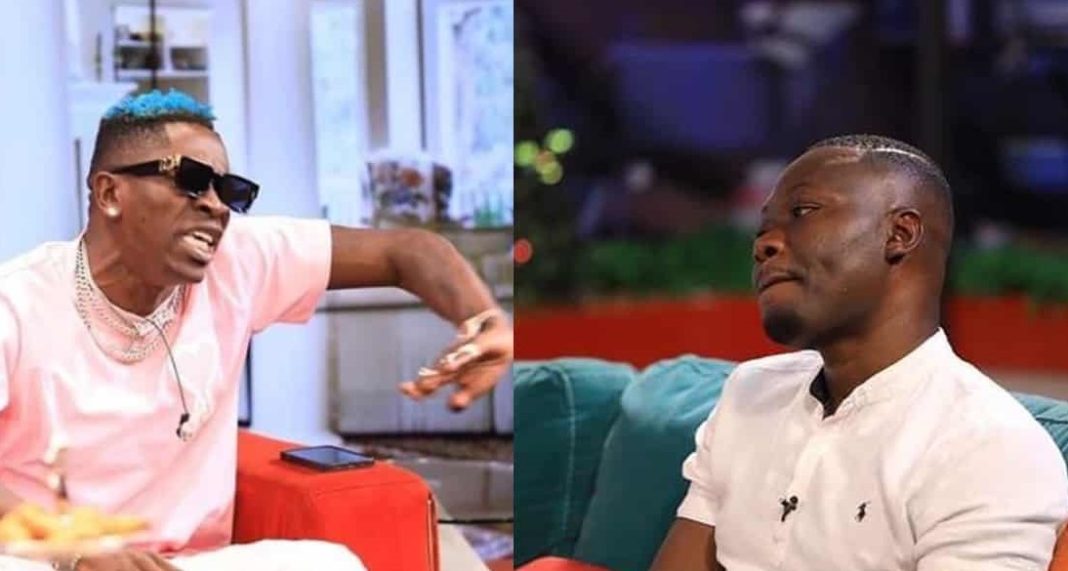 The fresh jabs from the camp of Shatta Wale which are directed at Arnold follow the decision of the latter to tell the former that he should not blame anyone for the numerous negative stories about him that constantly make the headlines.

Arnold while speaking on UTV’s United Showbiz show which aired on Saturday, July 17, 2022, stated plainly that Shatta Wale should take the full blame for the negative stories published about him online because he is the architect of those stories.

Well, this remark of Arnold and the others he passed on the show struck a nerve in Shatta Wale and he has taken to one of his numerous Facebook accounts to bl@st Arnold.

In his reaction, Shatta Wale described Arnold as a senseless and poor man who has no moral right to talk about him or try to advise him.

Shatta added that the only thing that Arnold knows is to speak big grammar that lacks sense and cannot be used to buy a house.

Read what Shatta Wale wrote in full below…

‘Arnold of UTV fame pls when you talk sense in your mind pls keep it for yourself ok cuz all the sense is nonesense ,I need you one on one again to show you how to talk cuz this sense that can’t buy house and proper living dierrr is very nonesense ..I mean you don’t even have sense at all to advice a money making sense nigga like me ..Stop lying to your brains ,you are killing yourself with nonesense slowly.. You can’t even be my English teacher more less my business associate .Your English won’t bring shit to me …Keep wearing that tie and dye to advice rich people ..Thank you 🥶’