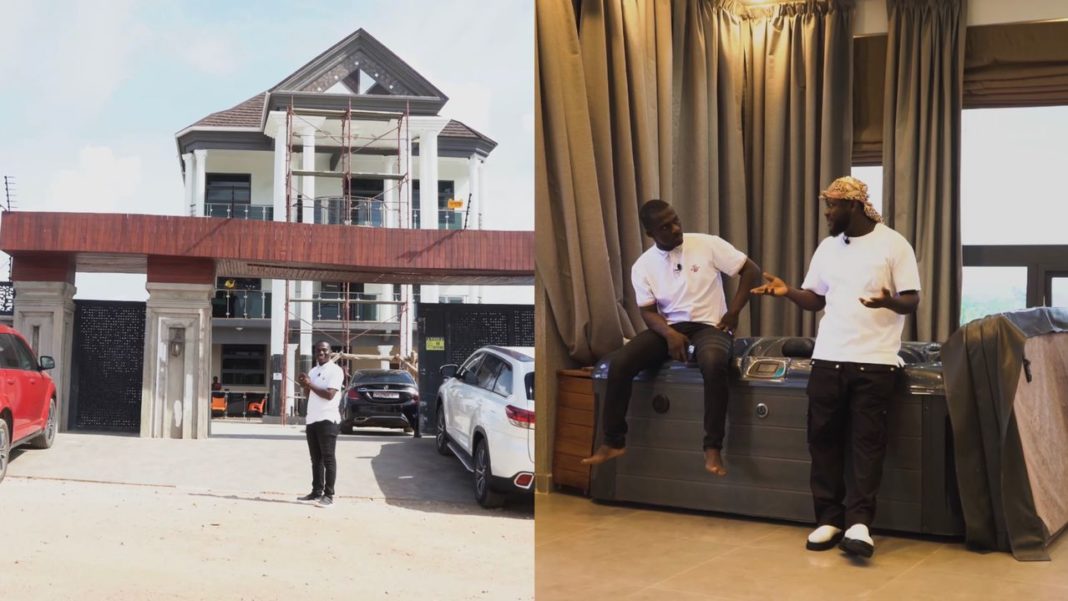 The house which is made up of ten bedrooms, two cinema halls, two kitchens, two living rooms, and a big swimming pool even though he does not swim is located in a beautiful area in the Eastern Regional capital, Koforidua.

Speaking exclusively about why he loves to build such big houses, Oliver explained that he always looks at the future and how these houses can be used for something else should the need arise.

He went on to explain that as young as he is today, that will not be the case forever. Also, he might also not be able to go out and work for money as he is doing now so he sees these houses as his investment for the future as they can easily be converted into hotels someday if he wishes to.