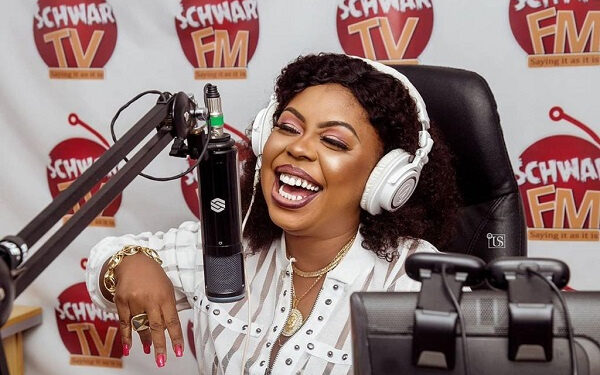 Media personality, Afia Schwarzenegger has announced via her social media pages that she is set to make a big return to radio as a presenter.

In the post she shared, Afia revealed that she was returning with her own show as the favorite political police who is ready to expose all the corrupt acts of politicians.

She also revealed that the show will be live on Facebook on Mondays, Wednesdays, and Fridays and it will start at exactly 7 PM and end at 9 PM.

The post seems to be getting a lot of positive reactions from her followers who have missed her days behind the console.

This appears to be some great news for Afia Schwar and all her fans who love her craft following their surprising turn of events in relationship to her most reported move to Chairman Wontumi’s radio station in Accra.

If readers will recall, Afia Schwar recently posted a photo of herself and the CEO at the premises of the newly established media outlet to subtly disclose her next destination to her fans and followers, as she thanked Chairman Wontumi for believing in her.

Surprisingly, that move failed to materialize as Delay is the one hosting that show Afia was reportedly going to host.