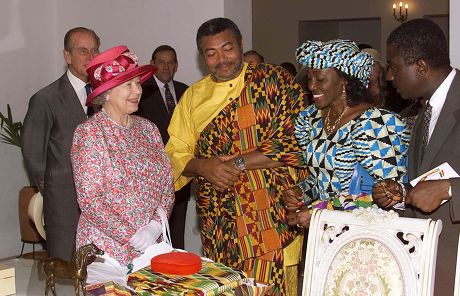 She is being mourned across the world.

At this sad moment, let’s remind you about the four times she met with some Ghanaian leaders.

In 1999, the late Jerry John Rawlings received the Queen in Ghana on her second visit.

Ex-President John Agyekum Kufuor met the Queen in England in 2007.

While on an official state visit to the UK, former President John Mahama met the Queen in 2014.

May her soul rest in peace!

VIDEO: ‘Otumfuor Should Speak To The Royal Family In The UK...