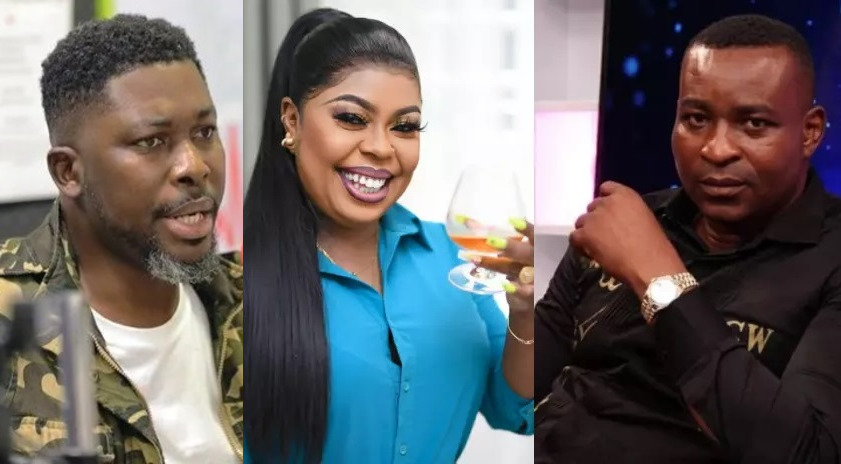 Controversial media personality, Kwame Asare Obeng popularly called A Plus has stated emphatically that in the current legal battle between Chairman Wontumi and Afia Schwarzenegger, the latter has his full support.

A Plus mentioned that Chairman Wontumi is like a brother to him but he feels that Ghanaians generally have not been too fair to Afia Schwarzenegger ever since she became popular.

READ ALSO: VIDEO: Afriyie Is The Cause Of All The Problems Of Wutah – Guru Alleges

A Plus while speaking on UTV’s ‘United Showbiz’ show cited how Ghanaians took the side of Afia Schwarzenegger‘s ex-husband, Abrokwa when he filmed her and shared those n@k3d videos on social media just because he caught her cheating.

He pointed out that there was nothing wrong for a man to flatulate when he is ejucul@ting during an int3rcourse because he is probably enjoying it.

A Plus stated emphatically that he has flatulated before because he was enjoying it to the max.