Celebrated Ghanaian actor Rahim Banda has started showing traces that he can execute the role given to him as Free SHS ambassador.

The renowned entertainer has run to well-known institutions and personalities in the country crying on them to support his “Back 2  School From The Street” campaign. Zionfelix.net met Rahim at Zylofon Media office at East Legon when he told this website that he was there to seek help.

Speaking to us, “The Mask” actor revealed that he was at the company to submit a proposal to Zylofon Cash, an initiative by Zylofon Media boss, Nana Appiah Mensah. Asked what he needed from Zylofon Cash for his project, Rahim Banda disclosed that he requested billboards from the firm to propagate the “Back 2  School From The Street” message.

“I asked the organisation to help me secure billboards on the five major roads that join to Accra like Tema Motorway, Dodowa-Accra, Aburi-Accra, Kasoa-Accra, Nsawam-Accra. I want these billboards so that when you are entering Accra, you will definitley see our message we want to send to the public.” he told Zionfelix.net

The young actor who was announced as Free SHS ambassador on Tuesday, January 9, 2018 further said he has also sent a proposal to EIB Network headed by media mogul Bola Ray, Ministry of Education, Ministry of Health, Accra Metropolitan Assembly, Ministry of Gender, 3Music Networks organisers of 3Music Awards and many other companies.

The head boy and S.R.C president of the Ghana National College, a senior high school in Cape Coast further pointed out that Bola Ray promised to help his crusade to convince kids on the streets to be in the classroom when he knocked on his door. He continued that EIB has sponsored the fight with all its media platforms in the country for free advertisement and interviews worth thousands of Ghana cedis.

The actor stressed that he is not taking money to push the campaign but “people who are willing to support with logistics are always welcomed.

Rahim Banda concluded that he is putting in much effort to propagate the message in order to clear children from the streets. The award-winning actor admitted that most street children are not brilliant but quickly added that “classroom does not mean you are learning from the books, technical and vocational schools are also available for them.” 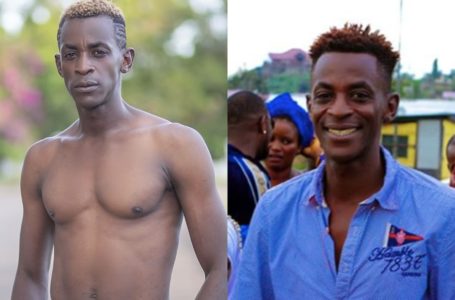