Kumawood actress, Ellen Kyei White has come out to react to some reports making rounds that she has in a recent interview described some of her female colleagues as cheap because they allegedly sleep with producers for roles.

In a video exclusively made available to zionfelix.net, Ellen White denied ever making any such claims and granting any interview of such form.

According to her, the suggestion that she even made the said remark in Accra during a movie premiere in itself makes the reports frivolous.

The movie producer also indicated that throughout this period the coronavirus pandemic has been in Ghana, she has not even stepped her foot in Accra.

Ellen White went on further to urge all her loving fans not to take the story seriously because it lacks any merit.

Watch her speak in the exclusively in the video below 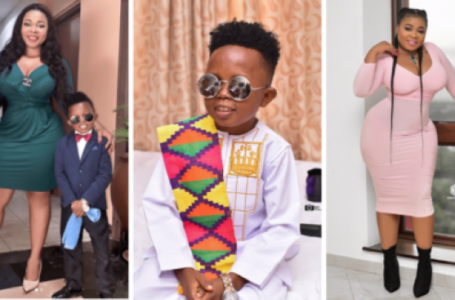