Ghanaian actress, Kafui Danku wants Ghanaians to sympathize with female musician, Queen Haizel on her decision to cut off her clitoris.

In a recent publication by zionfelix.net, Haizel revealed in an interview with Larry BozzIz on TV Africa’s ‘VideoRyde’ program that her high desire to have s*x every day divides her attention.

“Very soon, we will be leaving the country for two months…I am going to cut off my clitoris to be able to concentrate on my music career,” Queen Haizel shockingly stated.

Reacting to this issue, Kafui posited it is time for us to care about each other.

Many people who commented on the story thought the musician is saying that for attention but Kafui Danku believes otherwise.

“It looks like we don’t really care enough about each other, someone says something and we jump into conclusion that he or she wants attention…there’s a medical condition known as…Persistent genital arousal disorder (PGAD) it’s also called persistent sexual arousal syndrome (PSAS). People with this condition become sexually aroused without any sexual activity or stimulation. It’s possible she may have been suffering from that,” the actress schooled. 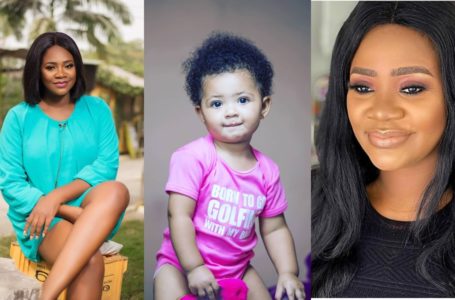