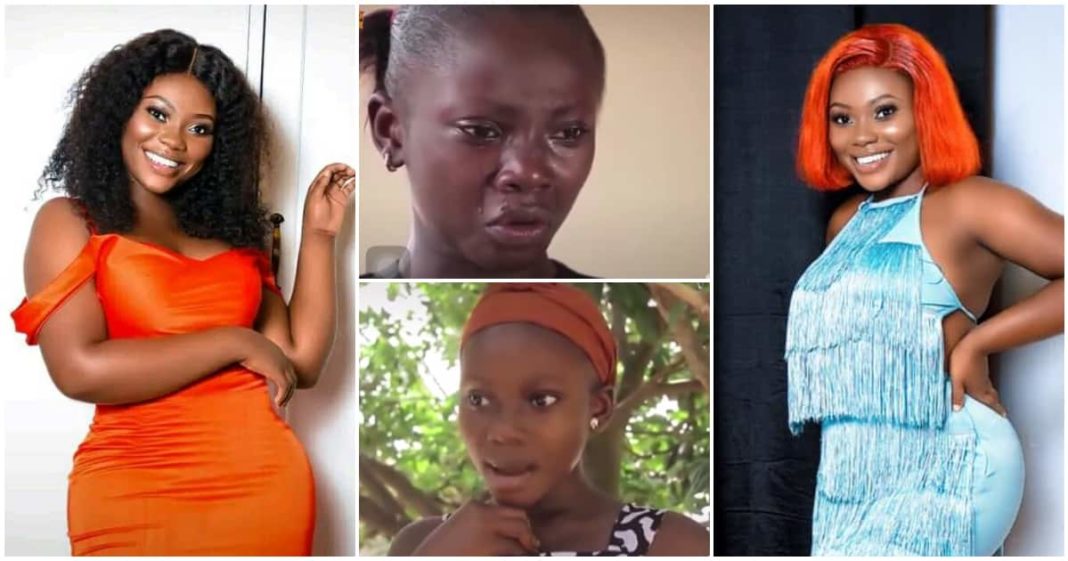 Ghanaian actress, Spendilove Acheampong has recounted one of her most embarrassing moments as an actress in a recent interview she granted Zionfelix.

According to her, the moment she will describe as her most embarrassing time in front of the cameras is when she failed to perform after she was called onto the scene.

Spendilove explained that she failed to perform on the said day because she was very shy and confused looking at the number of people who were all on the set and looking at her.

She added that her age at the time, which was just a little above six years was also another reason that caused her to flop.

Despite being disgraced, Spendilove revealed that her mother mercilessly beat her when they got home because she felt disappointed.

She added that it had to take the intervention of their neighbors to get her mother to finally let her go and give her clothes back to her.

According to her, the moment she would consider as quite embarrassing was when she performed woefully in front of the cameras as an actress