Actress Xandy Kamel has blasted the lady who filmed and leaked the video of the National Security Minister of Ghana, Hon. Kan Dapaah.

The controversial screen personality, unlike the many other people who have made a comment on the matter stated that the lady is a big fo0l to have leaked the video.

READ ALSO: HOT VIDEO: Fella Makafui Sacks Medikal From Her Shop Like A ‘Hen’ After He Went To Apologize With His Godfather, Criss Waddle

She further reveals that the family of Hon Kan Dapaah is going to hunt the lady down because they know where she stays and the things she does for a living. 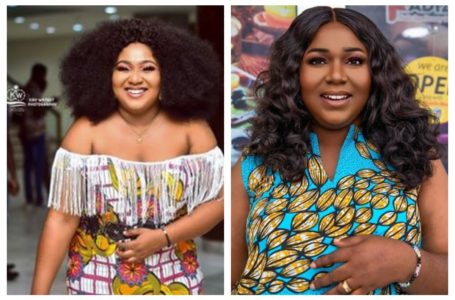