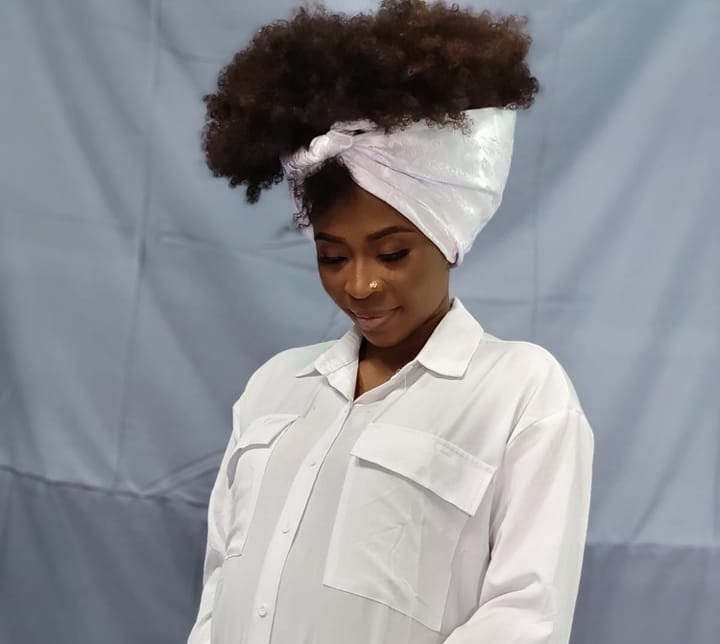 Akosua Kwakye, also known as AK Songstress, a talented female musician, has shared a baby bump photo of herself on social media.

The photo which was shared without any caption is causing a lot of stir and receiving loads of reaction on the page of the ‘Jonathan’ hitmaker.

READ ALSO: Video Of The Moment Sarkodie And His Team Were Stopped From Making An Entry At The Black Star Line Festival Surfaces Online

Some of her followers have been congratulating her expressing their shock at the same time.

Others have hilariously taken to the comment section to either suggest that the man who got her pregnant is the Jonathan she mentioned in her viral song or question if the same guy was the one responsible for this pregnancy.

At the moment, zionfelix.net can not confirm if AK Songstress is indeed pregnant as it can be anything, including a promo for a new song she is working on.

However, she is billed to perform at Wendy Shay’s concert later tonight at the West Hills Mall, and we will get the confirmation.

I don’t expect support from anyone in the music industry –...