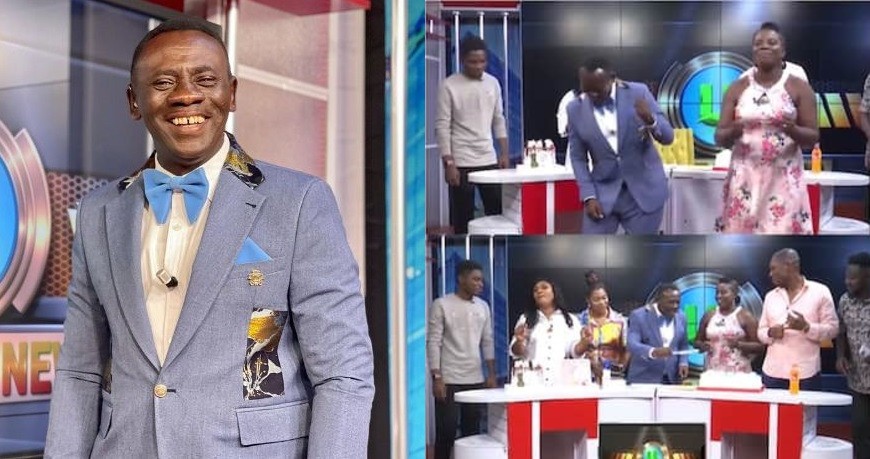 However, he decided to hold on with the celebration until he came on TV for his Real News show which airs on UTV to celebrate it in grand style.

In some photos and videos that have made their way to social media, Akrobeto on his Real News show on Friday night had a special birthday party organised for him by the management of the TV and all the people who help him to bring that hilarious show to viewers joined in to make it a memorable one.

In a video shared on UTV’s Instagram page, Akrobeto is seen dressed in a suit for his show, and just after the show, he had different sets of cakes lined up for him to cut.

READ ALSO: ‘He Has Not Been Employed By EIB’ – Nana Aba Anamoah Refutes Reports Of Journalist Albert’s Employment By EIB

Before he cut the cake, he invited gospel singer Hannah Marfo, who was in the studio, to perform one of her songs which he described as his favorite, then it ended with him showing off his popular dance moves.

Watch the video below and enjoy the photos as well