Tracey Boakye Finally Reacts To Rumours That Dr. Kwaku Oteng Is The Father Of Her Child, Nhyira – Watch Video 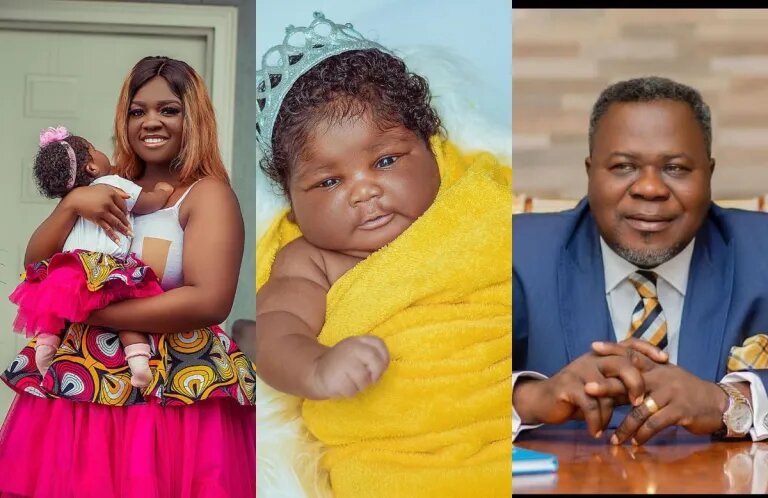 Ever since Kumawood actress and movie producer, Tracey Boakye gave birth to her second child, Nana Akua Nhyira, there have been a lot of reports suggesting that the child was fathered by Ghanaian millionaire, Dr. Kwaku Oteng.

While Tracey Boakye has been quiet on the issue all this while, she has shared a new video on her Youtube channel to subtly react to the issues among many other things.

According to Tracey Boakye, there is no iota of truth in the wild speculations that she slept with Dr. Kwaku Oteng and as such, it does not make sense that people will suggest her daughter is the business mogul’s child.

She went ahead to state that if there is any relationship between them, then it is that of a father and child because he attended his school, Angel Educational Complex in Kumasi.

Tracey also asked how it is possible for Dr Kwaku Oteng to be the father of Nana Akua Nhyira but he has not seen her since her birth over a year ago.