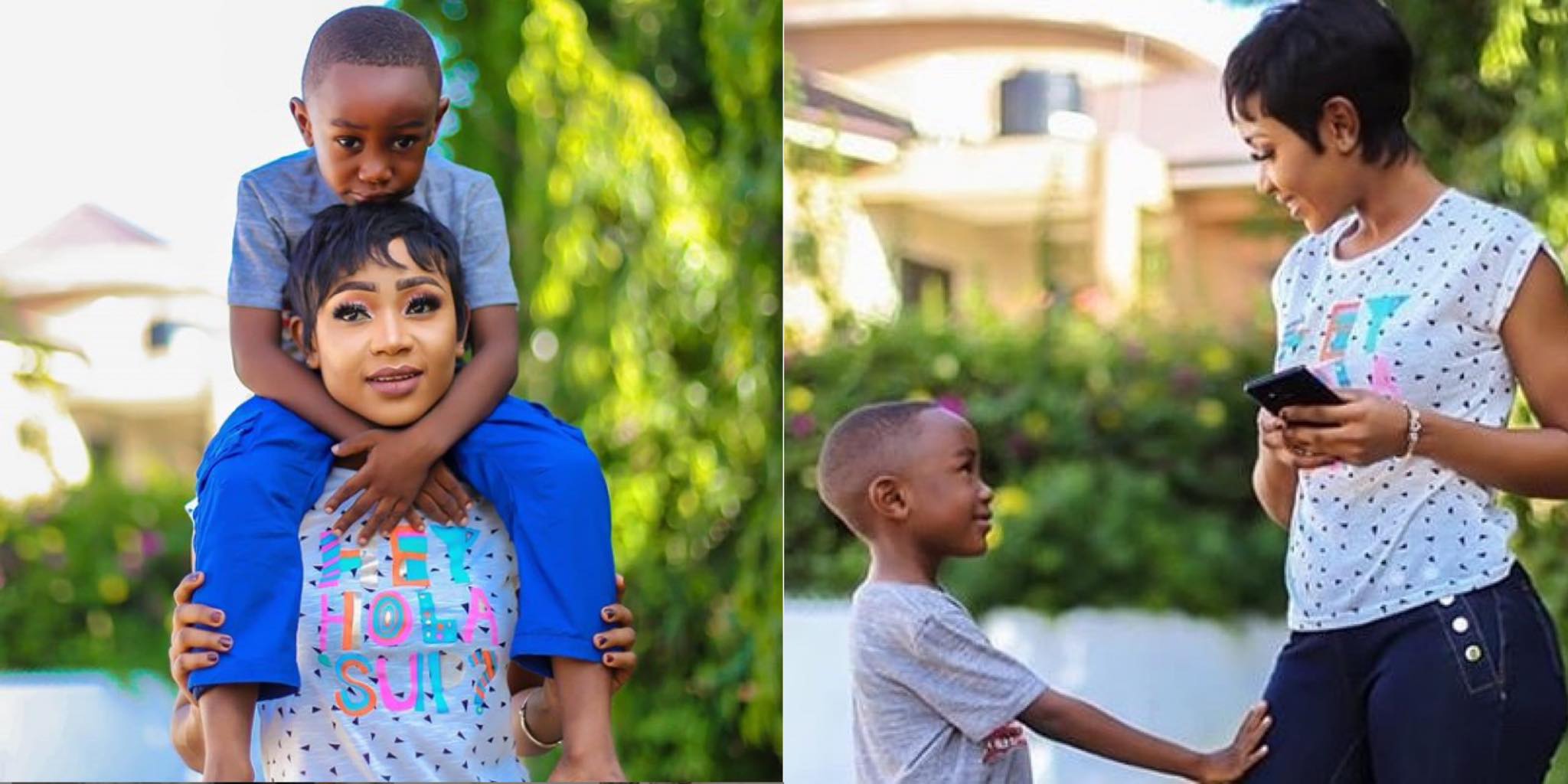 The Criminal Court 1 Division of the Accra High Court has thrown out an appeal filed by lawyers of the controversial social media sensation, Rosemond Brown, popularly known as Akuapem Poloo.

Akuapem Poloo was handed a 90-day jail term by an Accra Circuit Court for publishing some obscene photo of herself and her young son in June 2020 – a photo that is described as one violating the dignity and integrity of her seven-year-old son.

Even though she served a period into her term, her lawyers appealed the judgment considering it too harsh and she was subsequently granted a GH¢80,000 bail, pending the determination of the appeal.

During the appeal hearing today, Wednesday, December 1, the Court found her appeal without merit and was subsequently ordered to go and continue her 90-day imprisonment.

Just some moments after the judgment was made, Akuapem Poloo took to her Instagram page to share a nice photo she took with her son and added the caption: ‘God in you I put my trust 🙏🙏’

She also asked her son to remain strong whike she returns.

Share
Facebook
Twitter
Pinterest
WhatsApp
Previous articleStonebwoy Annouces Jamaican Superstar, Beenie Man Will Be In Ghana For The 5th Edition Of Bhim Concert
Next article‘It Is Harsh’ – Akuapem Poloo’s Lawyer Speaks And Reveal Their Next Cause Of Action After She Was Asked To Continue Her Jail Term
- Advertisement -

Yes, My Case Is Still In Court But I’ll Still Twerk...