Ali Can’t Handle Me; He Ran Away When I Entered His Room – Shemima Of Date Rush (Watch Video) 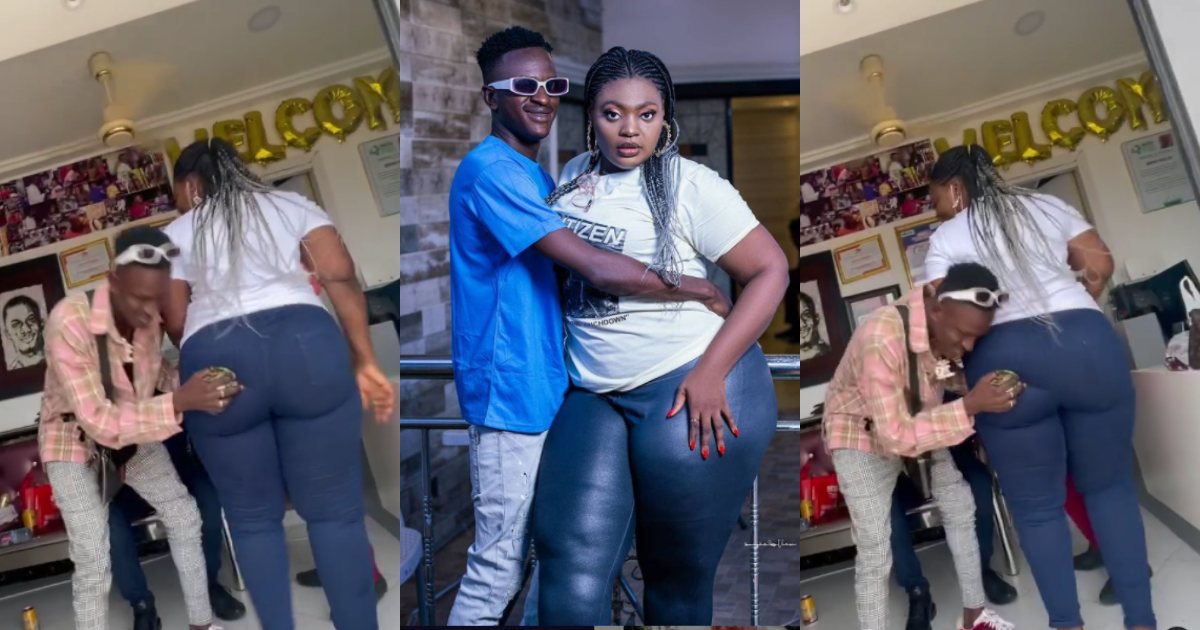 Shemima of Date Rush fame has said that her date, Ali, cannot handle her in the bedroom because when she visited him at home, he ran away.

While speaking in an interview with Zionfelix on Zionfelix Uncut, the duo spoke about a myriad of things from their personal lives to their relationship life.

Asked whether he could handle Shemima, Ali indicated that he was more than capable of handling her because he was not as little as he looked.

Shemima then came in and said Ali was not being real because there was no way in heaven and on earth that he could handle her in the bedroom.

The heavily endowed participant of Date Rush then revealed that she visited Ali at home one time and after entering the bedroom, Ali run away.

WATCH VIDEO BELOW: Forward to the 8th minute

Shemima continued that Ali asked to be excused but after about 30 minutes he was not returning so she decided to call him only to realize that he had turned his phone off.

In his own defense, Ali said he received a call to go and assist his mother that is why he left Shemima alone in the room.

Shemima was having none of Ali’s excuse and said he run away because he did not know how he was going to handle her.

Share
Facebook
Twitter
Pinterest
WhatsApp
Previous articleUBA Supports Ghanaian Creative Industry With US$100,000; Set To Premiere New Series, ‘Public Figure’ In Ghana On May 19
Next articleI Refused To Marry My Baby Daddy Because He Was Very Abusive – Shemima of Date Rush
- Advertisement -

I’m On A Music Break To Search For Money – Anita...