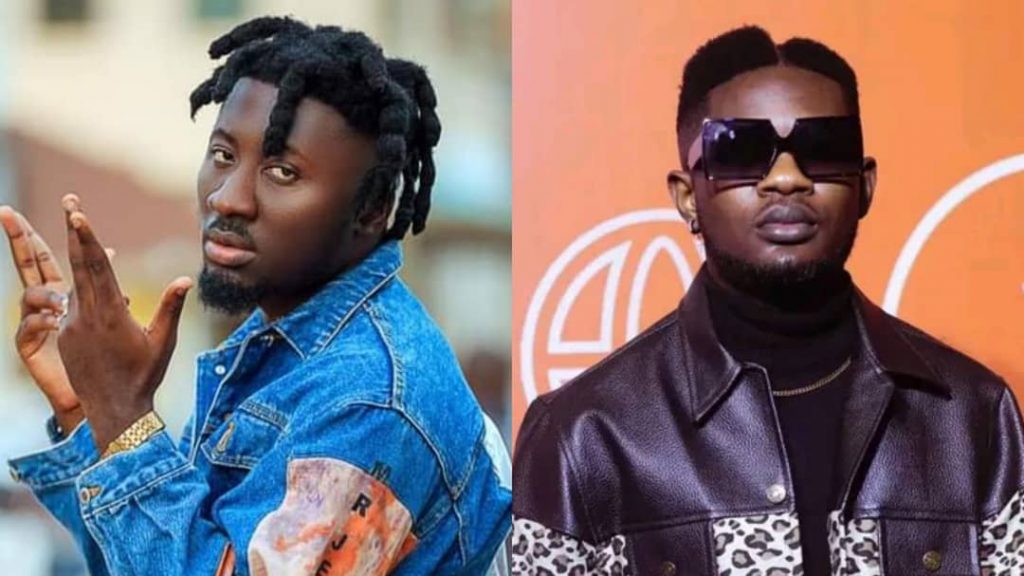 Amerado and Lyrical Joe are currently offering music lovers, especially rap music one of the fiercest battles ever.

The two musicians have in the last 48 hours released about three diss songs each in the wake of their fiery beef.

While many thought Amerado was going to say bye-bye to the beef after he told his ‘godmother’, Deloris Frimpong Manso affectionately called Delay that he has heard her call for a cease-fire, the Mic Burnerz signed rapper is out with another one this morning.

The new one from Amerado is titled ‘Lyrical Josephnine’ which is a reply to Lyrical Joe’s ‘Kwabena Numbers’, the one song many rap music lovers have described as the best so far in the wake of the beef.

Just as he has done in all the diss songs he has released amid their beef, Amerado goes hard again with his punchy bars as he blends the unadulterated Asante Twi and English Language to offer some rap lessons to his colleague, Lyrical Joe.

‘Lyrical Josephine’ is a good one and I am pretty sure LJ will not allow Amerado to have the last laugh in this battle.

I Cannot Continue Beefing When I Have Other Important Things To...