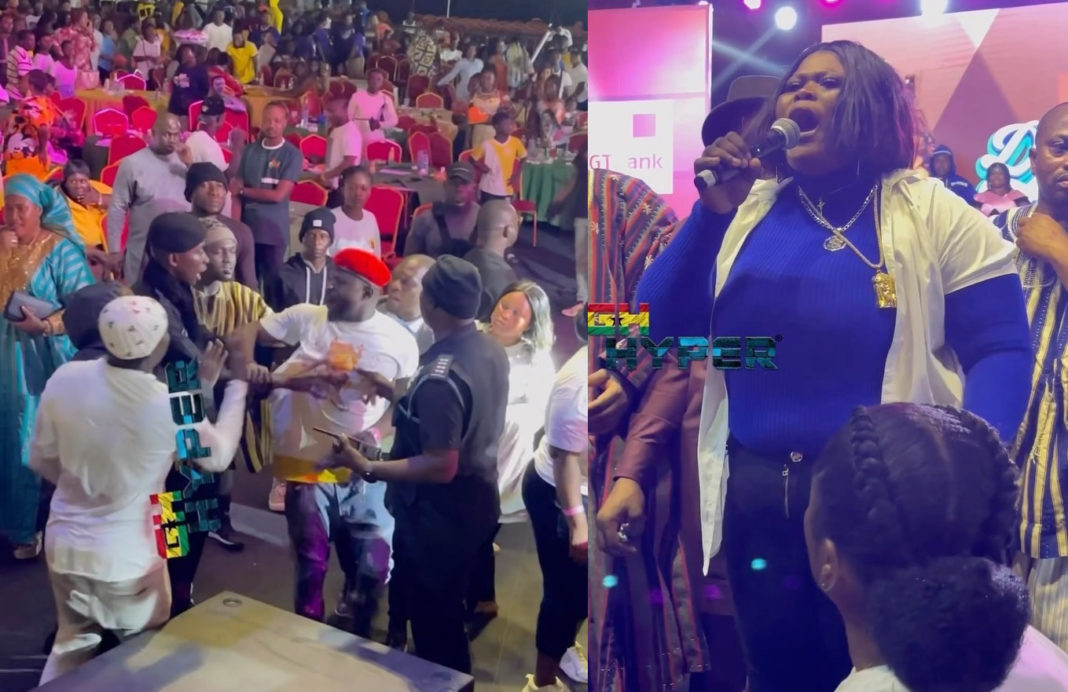 The final of season 6 of Atinka TV’s Di Asa competition was grounded to a halt after a group of supporters for one contestant decided to cause a commotion.

The supporters of Sexy Obolo could not come to terms with the fact that their favorite contestant was evicted in the early stages of the final which took place at the Fantasy Dome inside the Ghana International Trade Fair on Sunday, January 8, 2023.

In some videos which have been sighted on the Instagram page of popular blogger, Ghhyper, the supporters were fighting with the organizers of the show for allegedly manipulating the results to get their contestant kicked it.

The supporters were out of control at the auditorium until officers of the Ghana Police Service and the military intervened to restore calm so the competition to continue.

The contestant who was evicted, Sexy Obolo, eventually took the microphone to calm her supporters down by thanking them for all their votes and support to till the finals of the competition.

Sexy Obolo stressed that she was fully aware she has won the competition and that nothing the organizers say or do will change that.

READ ALSO: ‘Those Who Hate Me Are Anim@ls’ – Sarkodie Berates

Well, the competition eventually continued and Elorm was crowned the winner of the 2022 Di Asa competition.

Mzbel Celebrates 39th Birthday With A Big Party For Disables At...