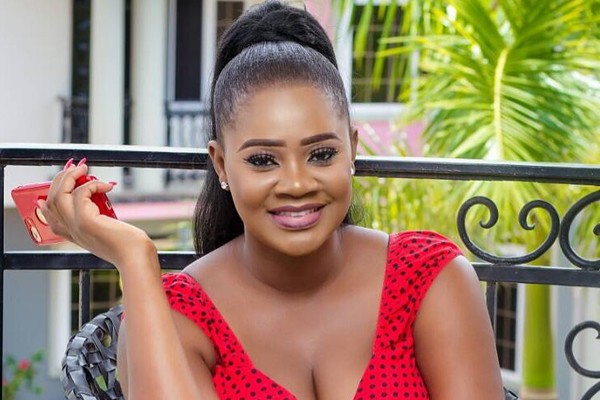 The actress and movie producer was very furious in a post-Zionfelix.net chanced on.

She explained that this internet user mentioned her name under a post saying that she asked someone to compare her daughter to another person.

READ ALSO: My Prempeh College Teacher Told Me I Was Going To Fail In Life – Chairman Wontumi Shares Successful Story

According to her, she was driving when she saw the post but it was nowhere to be found after she parked to respond.

She questioned if her name is being mentioned all because she signed and shared a petition seeking for Akuapem Poloo’s sentence to be reduced.

Kafui dared this person to stop hiding behind a faceless account and show his/her face.

She also stated that this person will continue to suffer and wallow in poverty.

It appears her post has now been deleted, but check out a screenshot of it below.