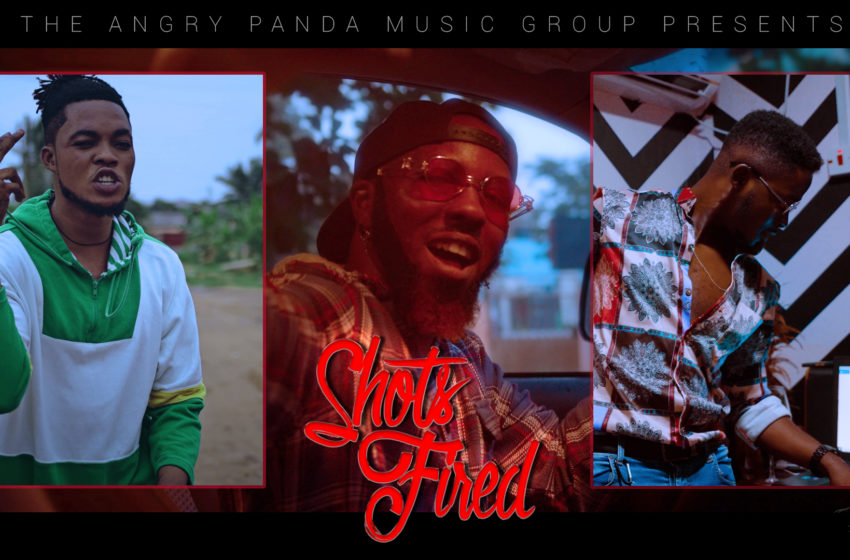 The video which features the label’s formidable trio FRD, Q and KOJO LINTON is also an introductory video to  outdoor the talents on the label.

SHOTS FIRED is the trio’s first feature song together and the label apparently took no expense in delivering a dope and different music video with an interesting storyline and great visuals. The story sees the trio acting as themselves in the video that was shot like a feature film.

The video was shot by SYNMATION STUDIOS and directed by RICHMOND BOADI (Ichigo Al Ghoul).