Anyone who doesn’t believe in God is a fool – Hon. Kennedy Agyapong goes hard on atheists 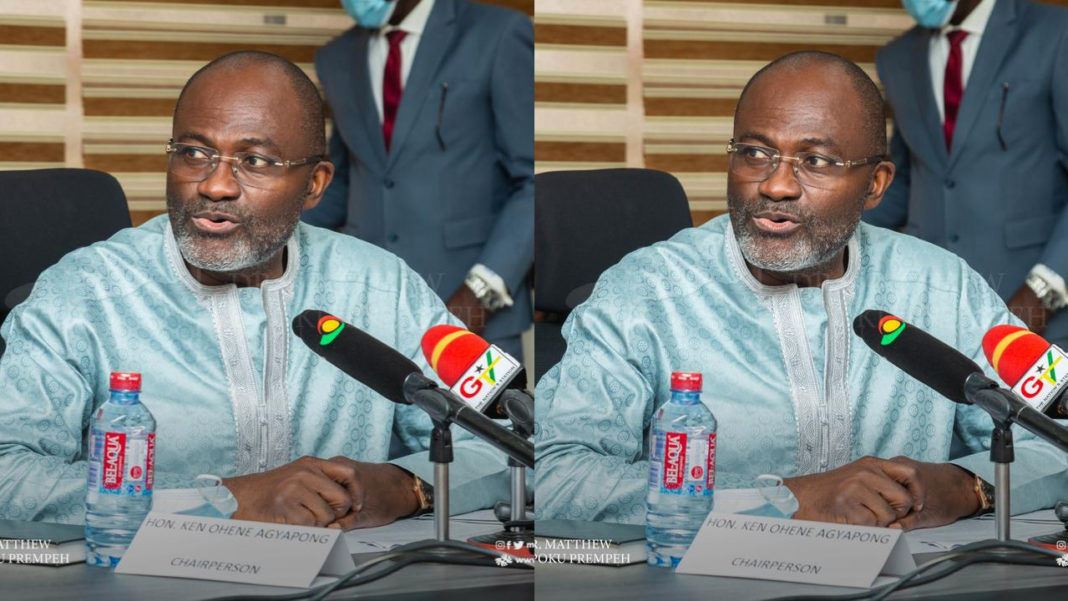 The belief that the astute politician and businessman is a non believer and hater of Christ followed after his expose on fake pastors and prophets who dupe their gullible followers with the name of God.

READ ALSO: VIDEO: Fake mad couple busted as guy confesses he was forced to behave like a mentally challenged person to trend

As categorically stated by Kennedy Agyapong, the continuous reports in the media that he is an atheist are not true.

Kennedy Agyapong touted his background as a student of religion reiterating that he had at a point learnt theology and was well versed in the scriptures.

In his own words;

“You are surprised that I am quoting the Bible. A lot of pastors said I am anti-Christ. I am not anti-Christ; I believe in God. I believe that anybody who does not believe in God is a fool. For me to sleep and wake up alone tells me God exists”

“I believe they are fake…Even the Bible made us aware that in the end there will be false prophets who will come in my name saying I am God, and when you are not careful to see the right pastors and continue to move from one pastor to another, your problems will not be solved.”

READ ALSO: Video: “Owusu Bempah will die of cancer this year” – Kevin Taylor turns into a prophet as he prophesizes

Hon. Kennedy Agyapong will be contesting in the upcoming NPP’s primaries as he seeks to secure the flagbearer-ship position and hopefully become the next present of the republic after Nana Addo’s tenure.

SourceZionfelix.net
Share
Facebook
Twitter
Pinterest
WhatsApp
Previous article
VIDEO: Fake mad couple busted as guy confesses he was forced to behave like a mentally challenged person to trend
Next article
I Have Learnt To Be Selfish And Mind My Own Business – Afia Schwarzenegger
- Advertisement -