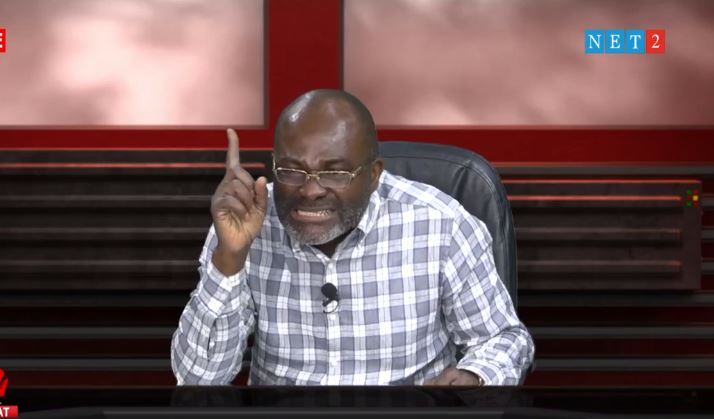 Ghanaian politician, Kennedy Agyapong, has opened up about how he will develop Ghana if he becomes a President.

During an interview with Dentaa which was monitored by Zionfelix.net, the Assin Central MP spoke about five things he will do that will facilitate development in the country.

Tourism was the first thing he mentioned. He said successive governments have failed to use tourism as a developmental tool—apart from Nana Akufo-Addo’s ‘Year of Return’ initiative.

Mr Agyapong believes tourism can give the country more money than gold.

READ ALSO: Cwesi Oteng Reveals What Will Push Him To Support NDC In 2024 Elections

Nepotism and favourite, according to him, will cease under his government.

The outspoken politician also stated that he will make interest rates attractive to businesses.

Agriculture and technology were the next plans he mentioned.