‘Are You Dating Delay?’ – Delay Surprisingly Asks Amerado In An Interview – Watch Video 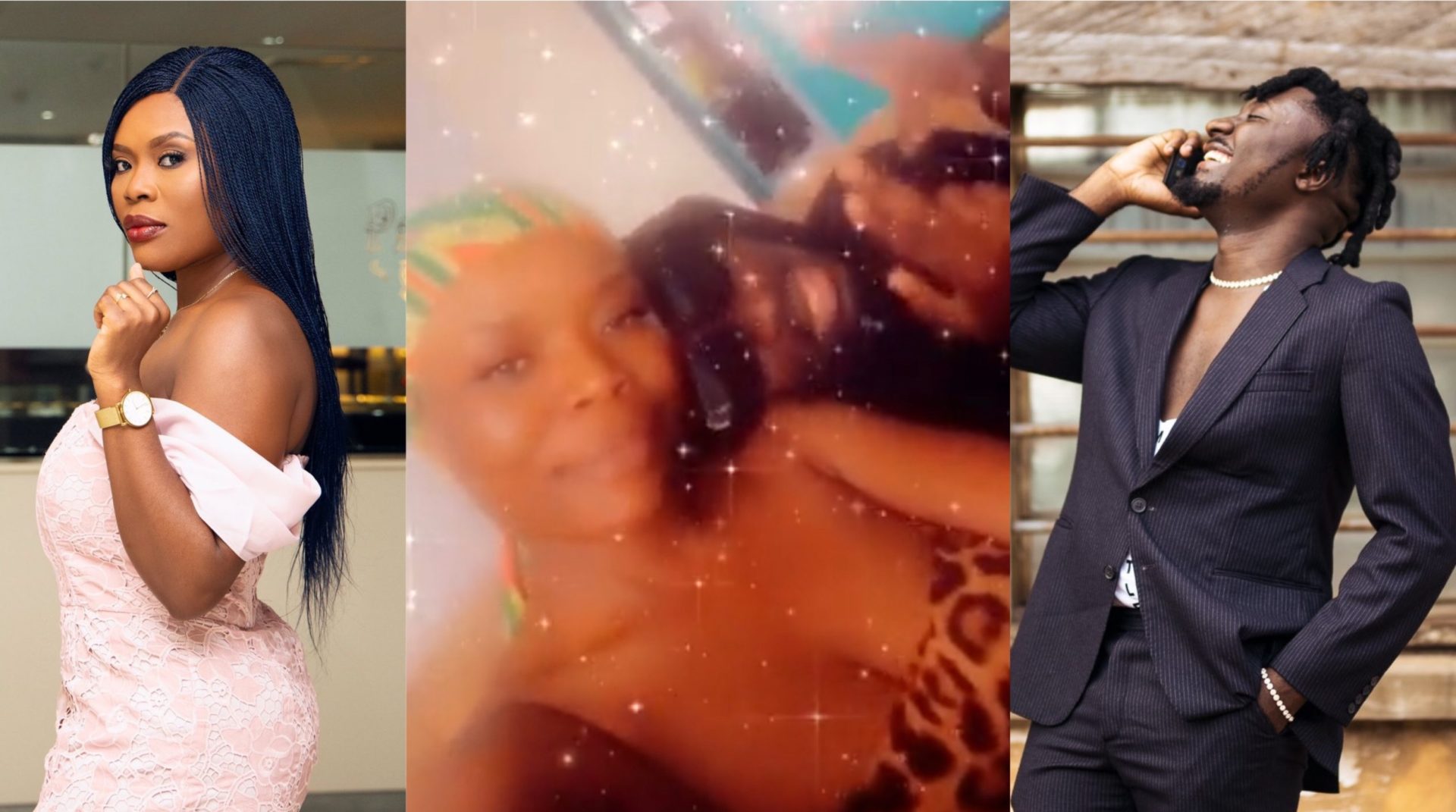 There have been loads of speculations about an intimate relationship between musician, Amerado and celebrated media personality, Deloris Frimpong Manso aka Delay.

Most of these speculations are borne out of the sort of cozied-up videos the two have shared on social media just to see how ordinary netizens will react.

Despite all the speculation, both Amerado and Delay have done well to shy away from the topic whenever it comes up in any discussion they are a part of.

Not long ago, the ‘Grace’ hitmaker in an interview with Poleeno said that he enjoyed the fact that people were suggesting that Delay is his woman because she is someone every man will probably want to date.

As the discussion about whether the two celebs are a thing or not keeps coming up in the media, Delay, during an interview with Amerado on her popular show, hilariously asked him if he was dating her, as it has been widely speculated.

For a second, the award-winning was taken aback by the questions because he obviously didn’t sew it coming.

However, after he composed himself, he asked Delay if she was also dating Amerado because it is a question for both of them to answer.

Delay, in her response to the question asked by Amerado, said that she felt it was necessary to ask this question because it would appear she was being biased if she didn’t ask since she would have if it was any other person’s issue that surfaced in the media space.

Stephanie Benson Is Matured And Hot, She’s My Taste – Comedian...