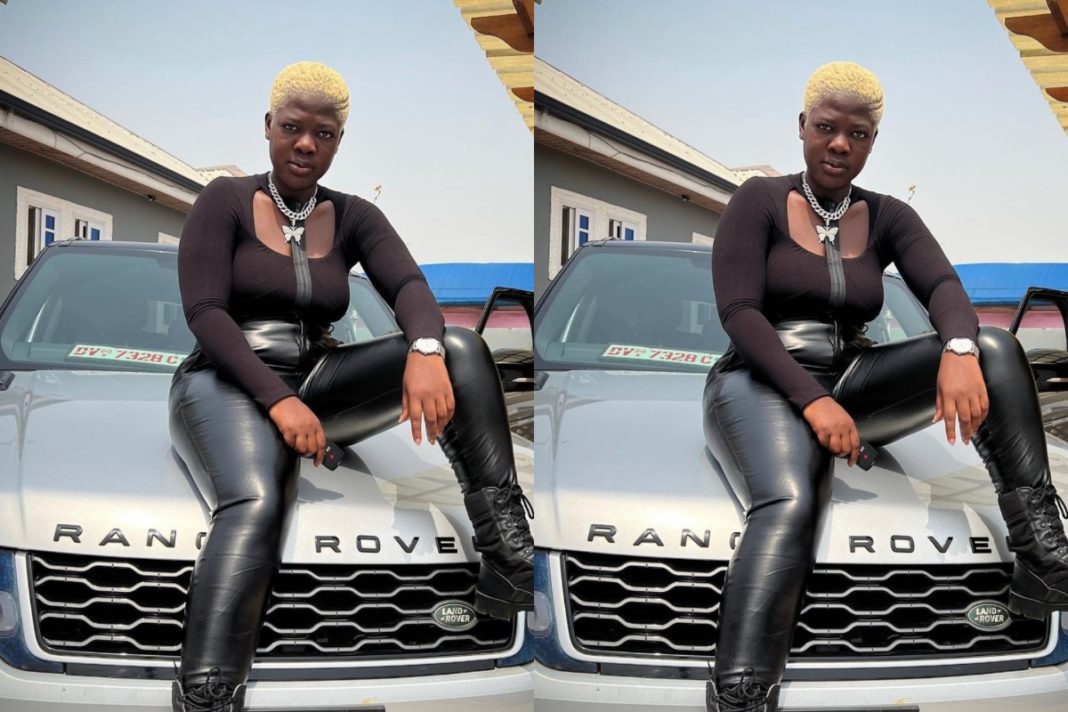 In the heat of the social media backlash she is currently receiving for sarcastically suggesting that without TikTokers Ghanaian musicians who release songs in recent times will suffer to get their songs go viral, Asantewaa has come out to disclose her rate card for working on songs.

The popular Ghanaian TikToker who is a professionally trained nurse, through her manager made this revelation in a recent chat with Abeiku Santana.

READ ALSO: Ypee Can Never Have Money Than Me – Oseikrom Sikanii

In the interview on Okay FM’s drivetime show, the manager of Asantewaa stated that no matter the type of song that they are approached to work on, they charge Ghc3000.

He was however quick to add that there are times they do not take a penny to share the songs they are approached with on any social on their numerous social media platforms no matter who the artist is.

Cassious explained that most of the time, they consider a lot of things before they decided to charge the artist some amount of money before they either take money to do their work or do it for free.