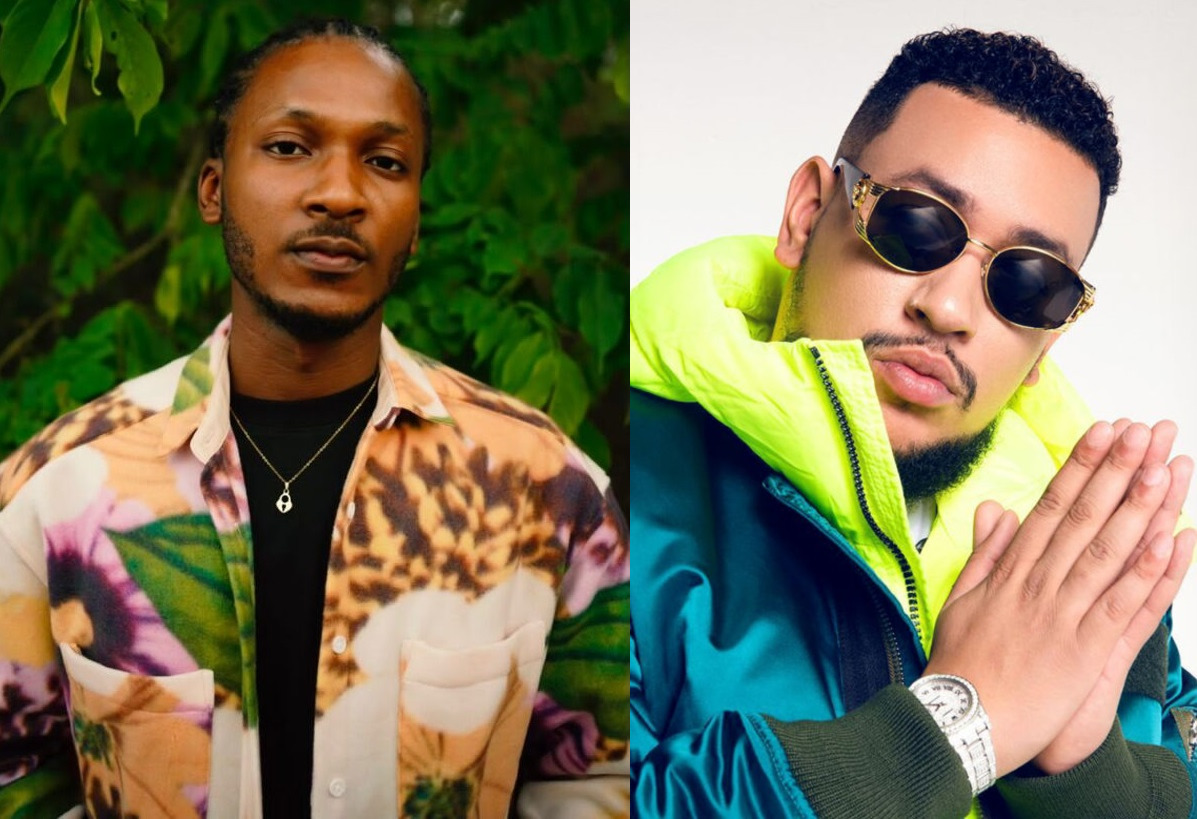 He has worked with some of the top acts in the Ghanaian music industry such as Sarkodie, Kweku Smoke, Nana Boroo, Joey B, Kwesi Arthur, Emtee from SA, Suspect from the UK, Nigeria’s soothing singer “Dammy Krane” and many other notable names.

READ ALSO: ‘I Had Four Miscarriages In One Year’ – Xandy Kamel Sadly Reveals The Abuses She Suffered In The Hands Of Her Ex-Husband, Kaninja – Watch Video

The fast-rising record producer was seen in a short video shared via his social media handle hanging out with South African multi-award-winning Rapper “AKA”.

READ ALSO: VIDEO: Arnold Asamoah-Baidoo Thinks He Is Wise Because He Speaks English On TV And Radio – Mr. Logic F!Res

Soon after the video got online, a lot of tweeps and fans of Atown are predicting AKA to be on Atown’s upcoming EP dubbed “WE RAGE 2”.

This new project of Atown drops in May and it is expected to feature top Ghanaian artists including Strongman, Kweku Smoke, Kofi Mole, Bosom Pyung, $pacely, Hordzi, and Toyboi.

He also decided to bless new acts such as Kojo Trip, Bruno Kay, MC Ray, Freddy Wyse, and others with a special feature on the EP.

So farm the second edition of the EP looks very inspiring and now, his merchandise is ready and also on sale.

Share
Facebook
Twitter
Pinterest
WhatsApp
Previous article‘I Had Four Miscarriages In One Year’ – Xandy Kamel Sadly Reveals The Abuses She Suffered In The Hands Of Her Ex-husband, Kaninja – Watch Video
Next articleNone Of My Church Members Is Poor, I Use Church Money To Better Their Lives – Prophet Fletcher Assets Amid The Evan. Akwasi Awuah Brouhaha
- Advertisement -