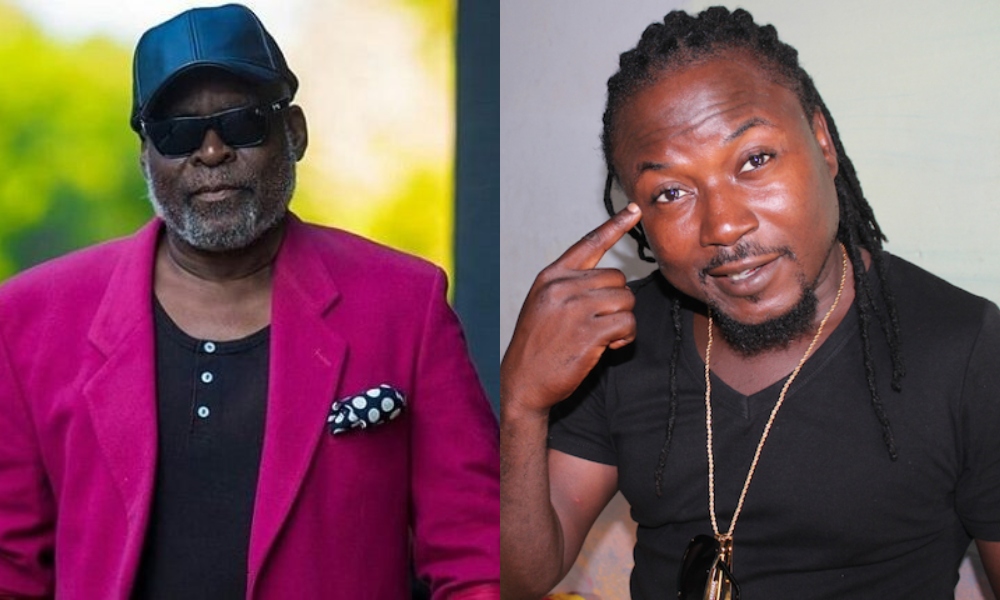 Award-winning actor Kofi Adjorlolo, has proven that aside acting, he can pass for a very good rapper any day as a video has shown.

A video sighted by Zionfelix.net saw the veteran TV star saw him dropping some hot bars as he appeared in a video with rapper Ex-Doe.

The two celebs were seen beaming with smiles as Kofi Adjorlolo was introduced by Ex-Doe to show what he could do on the beat.

Ex-Doe turned himself into a beatbox and started off quite fast. The beat was so on point that it got Kofi Adjorlolo goofing around and nodding his head in excitement.

Known widely by the nickname Papa Lolo, Kofi Adjorlolo, killed the beat as he rapped in English to the admiration of all those gathered there.

People could be heard cheering the actor on in the background as he wowed them with his flawless rap skills.

It therefore would come as no surprise as Kofi Adjorlolo dazzled listeners. This is because Ex-Doe, during the introduction, made it known that the actor was a very good rapper.

Kofi Adjorlolo has starred in countless movies and has acted alongside many star actors both in Ghana and Nigeria.

Ex-Doe on the other hand, is one of Ghana’s very first rappers. He is also noted to have been one of the first 2 rappers to start a beef in Ghana. The other rapper in the famous beef in the 2000’s was Chicago.