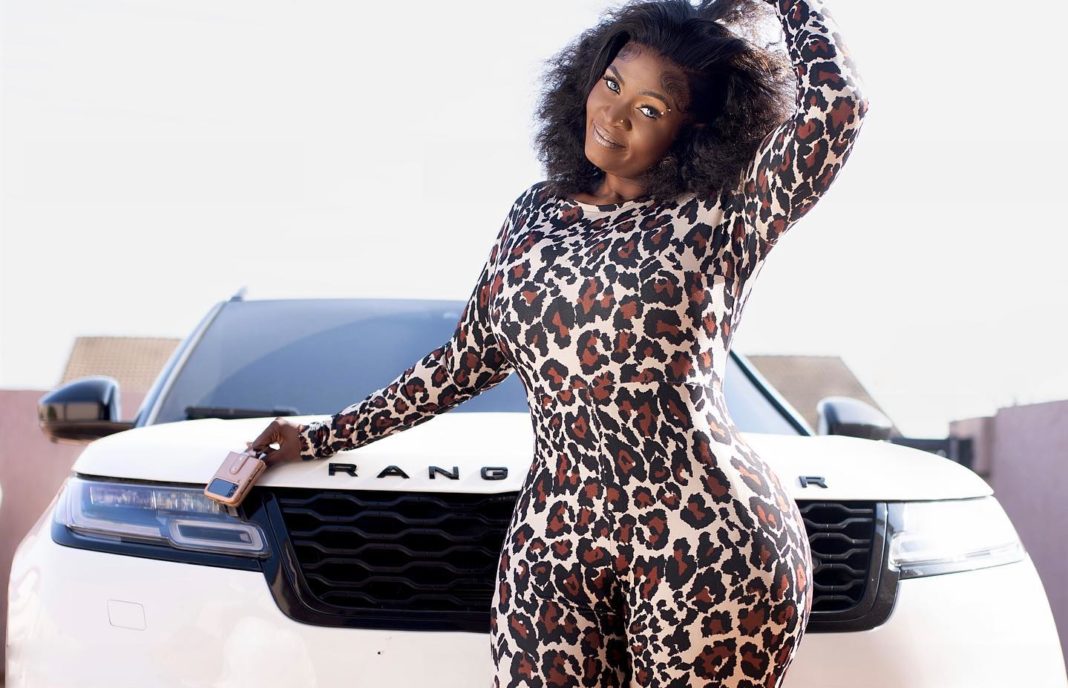 Popular Ghanaian entertainment enthusiast, Ayisha Modi aka She Loves Stonebwoy, has been causing a lot of stir in recent weeks with what many are calling her “new body.”

Ayisha Modi has been showing off her curvaceous body and many people have been loving her new looks.

READ ALSO: Eyram Finally Comes Out To React To Claims About Defrauding Asantewaa

The latest photos which are receiving a lot reactions on Ayisha Modi‘s social media pages has her a beautiful leopard skin-printed jumpsuit with her fine curves on fleek.

While her curves are at the center of the many comments, her complete change in looks because of the makeup she applied is also causing a lot of stir.

Well, as things stands now, how she got this nice stature is not really known. However, it will be recalled that she disclosed sometime ago that she was motivated to enroll in a weight loss plan after a visit to the hospital revealed that she had a body mass index of 408, a little over the normal index.

Ayisha Modi also claimed that she had spent a whopping sum of $40,000, an equivalent of GHC250, 000 in a bid to lose an overwhelming amount of weight.

Don’t Cry If You Wake Up One Morning To Hear That...