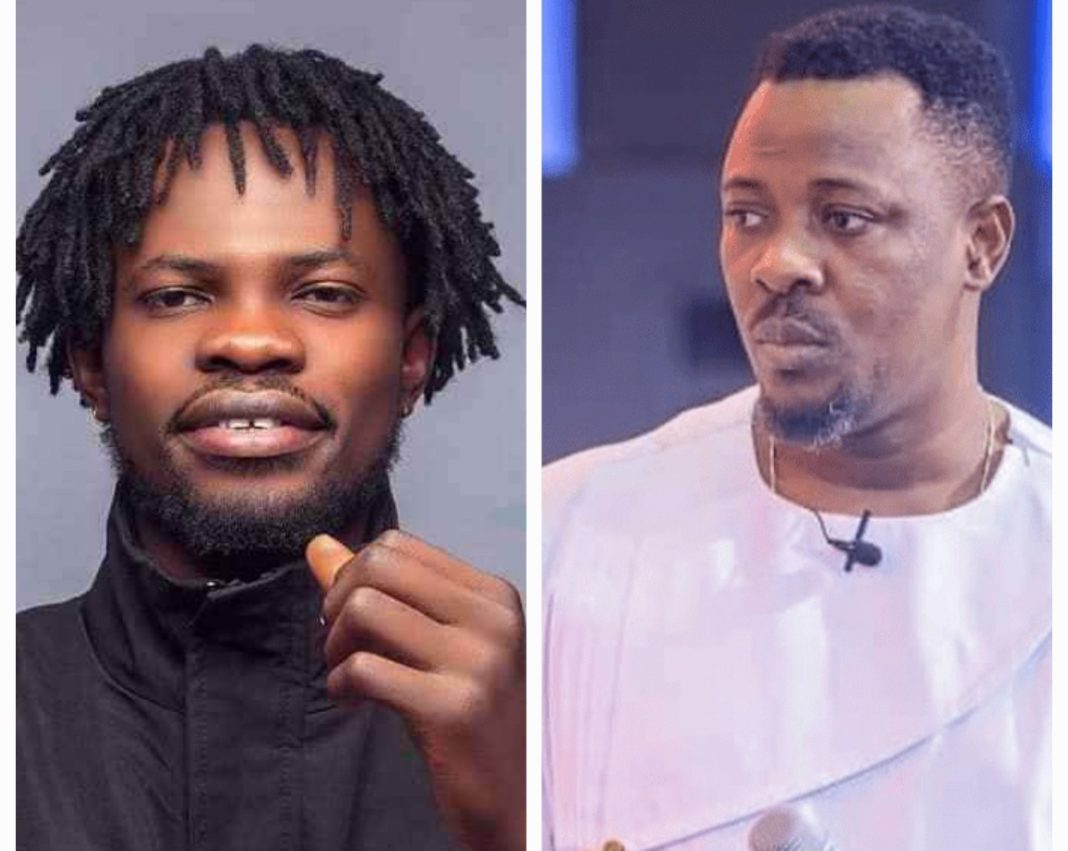 Fameye has replied to Prophet Nigel Gaisie’s assertion that he has been ungrateful towards him.

Some months ago, the popular prophet revealed he prayed for Fameye and prophesied his success in the music scene.

After his prophecy came to pass, he complained about the musician’s refusal to appreciate him.

The founder and leader of Prophetic Hill Chapel wrote: “I prayed for him to be big by the mercies of God, coming back to say thank you, Jesus, bless you prophet of God is even a problem. It’s your birthday, I pray for you in that you will give God his due and appropriate people who as it were, helped you on your way of becoming who you are now; Fameye…PNG.”

Responding to this in an interview on 3Music, the Ghanaian musician admitted that he visited Prophet Gaisie’s church.

“I want to comment on Nigel’s case. Yes, I indeed visited his church and he prophesied to me about my death. I don’t want to give details but he said I was going to die and added that I was going to blow. I was visiting other churches because I wanted God to cause an elevation in my music career. After his death prophesies, my soul nearly left my body. I even broke up with all my girlfriends. I had about three women at the time. The prophet even gave me the date I was going to die. Recently I was in America when he tweeted that I have been ungrateful to him after his prophecy about me came to pass,” he explained.

The ‘Notin I Get’ singer stated that he has not forgotten the prophet and promised to see him.

“I want to use this medium and inform you that I haven’t forgotten about you, I will come to see you at the right time. What you said has come to pass but I know that your prayers also averted the death you saw. There is no bad blood, God bless you,” Fameye added.