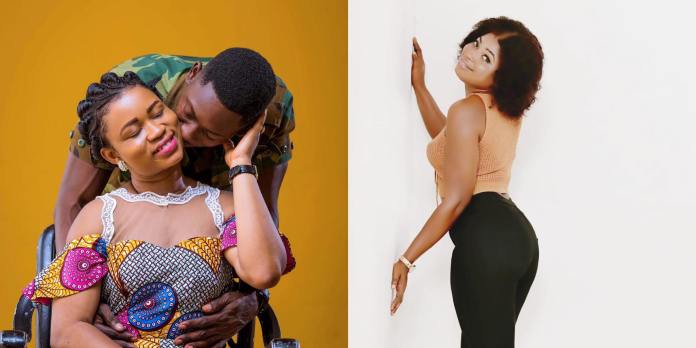 On the streets of Ghana’s social media space comes one wahala after the other each passing day.

As typical of the many dramas that are seen on the Facebook page of Abena Magis Manokekame comes another thriller which features Richard Agu, his ‘ex-girlfriend’ identified as Comfort Bliss Gh, and his new woman who is also called Abenaa Obiatopa Standard.

According to Comfort Bliss Gh, she has been in a romantic relationship with Richard Agu for a while.

She reveals that their relationship has seen her spent all her savings she was keeping for further studies and even extra borrowed money (Ghc8000) on Richard Agu through his academy.

However, just when Richard Agu was about to come out of the Military Academy she helped him to enlist for, he has dumped her and is set to marry Abenaa Obiatopa Standard.

Comfort also threatened in her long post that she will storm that wedding of Richard and Abenaa, which is set to take place at Obuasi on 20th March 2021 with Police Officers to take back all her money.

Check Out All The Beautiful Exclusive Photos And Videos From Richard...