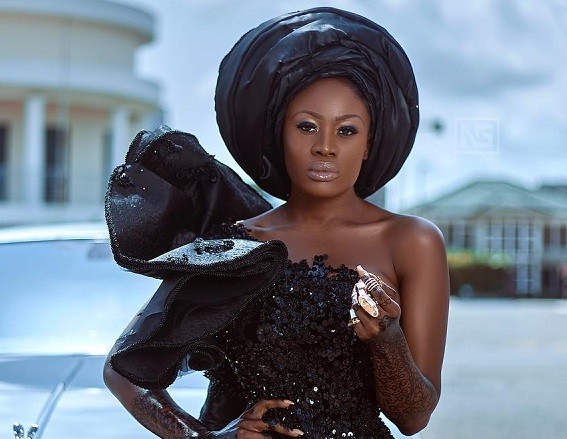 Nana Akua Addo has commented on the issue that surrounded her and some well-known figures in Ghana who were deemed as her friends.

Despite the allegations that were levelled against her, the actress and fashion icon was composed when she was asked about the incident during an interview with ZionFelix on the ‘Uncut’ Show.

She clarified that Bibi Bright, Selly Galley and Zynell Zuh have never been her friends.

READ ALSO: Akuapim Poloo Could Be Released From Prison In 60 Days Instead Of 90 Days – Ghana Prison Service Explains (+Video)

According to her, there are some people that she knows in the industry but that doesn’t mean they are friends.

She indicated that she still has her childhood friends.

Though they sometimes fight over issues, Nana Akua Addo said they do not put it on social media.

Whenever things happen on social media, the popular fashion icon advised people to pick the fruitful things from it.