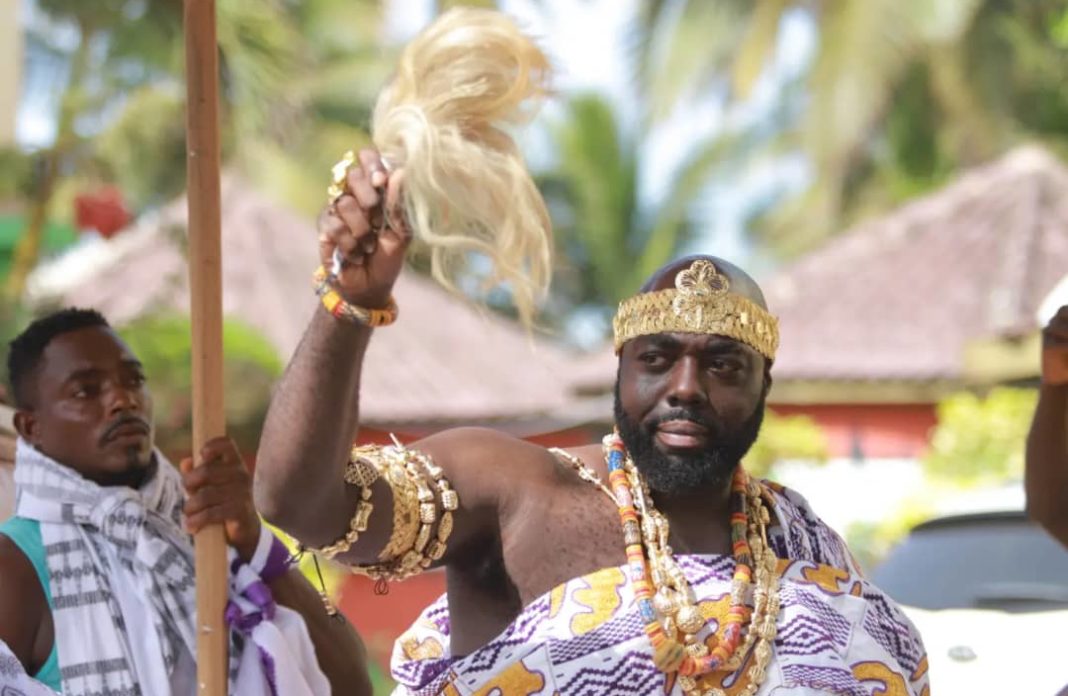 Rashad was enstooled at a mega ceremony which happened on Saturday, April 23, 2022, at Iture in Elmina.

READ ALSO: Video: They told me I’m the most hated Ghanaian footballer – Asamoah Gyan says as he breaks into tears

Following his enstoolment, Rashad McCrorey will now be referred to by the stool name Nana Kofi Kukudurfo I.

The enstoolment of Rashad comes at the back of the great works he has done in Ghana after he was on lockdown here in February 2020 at the time the coronavirus was at its peak.

He arrived in Ghana back in 2020 as the leader and owner of Africa Cross-Culture, a tourism company that specializes in organizing trips to the African countries of Egypt, Ghana, Kenya, Nigeria, Rwanda, and Uganda.

Speaking in a video available to GhOne TV after his enstoolment as the Tourism Chief of Iture, Mr. McCrorey appealed to the government and the people of Ghana to heavily invest in the country’s tourism hub because it will eventually pay off.

Mr. McCrorey further promised to massively promote tourism in the town of Iture and the whole of Ghana following the honor done him.

Watch a video from the ceremony below…

Rashad McCrorey And Friends Partner To Donate Over Ghc35,000 To NGOs...