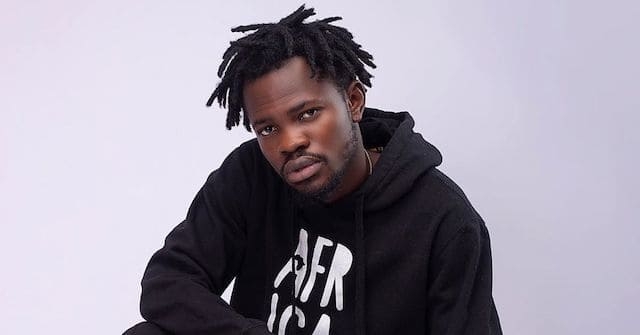 The VGMA 2022 ‘Songwriter of the Year’, Fameye has admitted to blending fake brands with original brands whenever he dresses.

In an interview with Andy Dosty on Hitz FM, Fameye disclosed that this is not because he cannot afford to buy original stuff to wear but because he enjoys it that way.

According to him, whenever he blends the fake and the original he has this feel-good after around him when he goes out to do his day-to-day activities.

He also explained that he does this a lot because he wants to tell people that he knows the original or the good things of life, however, there are times he decides to wear the fake just to satisfy his desires.

READ ALSO: Video: Nobody can k!ll me, Twitter is not a real world – Twitter ‘land guard’ Bongo Ideas doubles down

Fameye hilariously added that as much as he occasionally wears fake stuff when he steps out should not give people the impetus to doubt him when he comes out to say some of the things he is wearing are original and cost some little fortune.

‘I Feel Very Emotional’ – Empress Gifty Adorye Says As She...