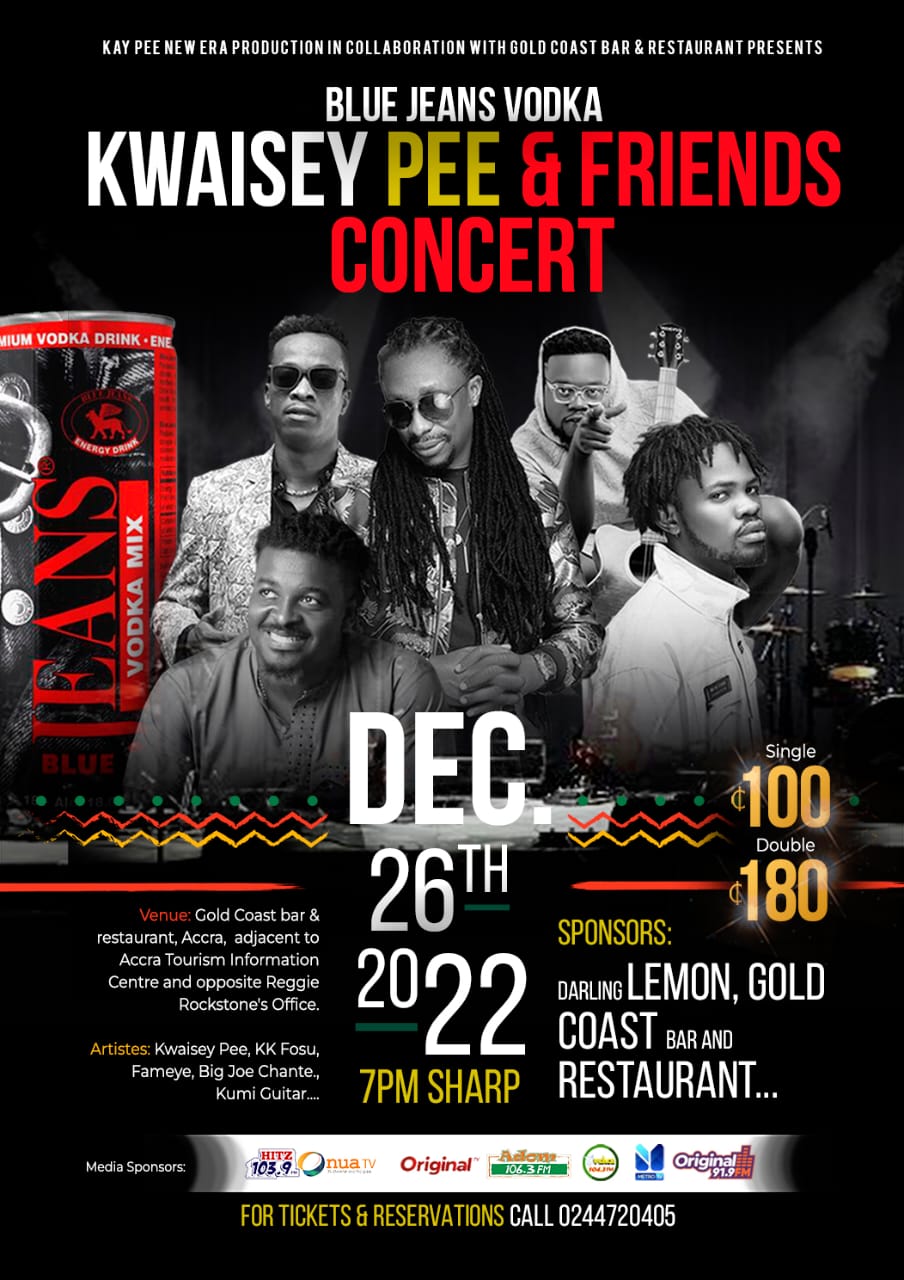 Blue Jeans Energy Drink has entered into a partnership with Kay Pee Era Production to host this year’s edition of the annual musical event dubbed “Kwaisey Pee and Friends Live In Concert”.

The event is scheduled to take place on Boxing Day December 26 at the Gold Coast Bar and Restaurant in Accra
The new partnership with the event gives Blue Jeans the exclusive partnership rights to the event and all activities associated with it.

The event is credited for bringing together thousands of highlife music lovers on one platform to celebrate Ghanaian music and artistes.

Created a few years ago to give Ghanaians something to cheer about in December, its popularity has continued to soar with every passing year.

Other artistes billed to perform alongside Kwaisey Pee include KK Fosu, Fameye, Big Joe Chante, Kumi Guitar and a host of others.

Kwaisey Pee said he was ready to thrill fans to about two hours of non-stop music from him, his band and the other artistes on the bill.

“I am calling on all lovers of good quality music and regulars of Gold Coast Bar and Restaurant to get ready to take the party to the next level as we interact, dance, drink and eat the night away. It would be a memorable night for everyone”.

“With the sweet voices of Fameye, Big Joe Chante, Kumi Guitar and the powerful tunes from KK Fosu, there would be no stone left unturned. We are going to thrill and thrill till the early hours of Tuesday morning,” he said with excitement.

“I will strive to give off my best so that I can also leave my footprints in the sands of time. Expect nothing but a fantastic night,” he added.

The organisers in an interview with Beatwaves promised that the event which has already attracted a large following would not just be a night of glitz and glamour but something that has never happened in the history of Ghana’s entertainment scene.

They stressed that the concert will be a unique experience for fans, adding that Ghanaians should come and experience an extraordinary musical concert on Boxing Day, December 26, 2023.