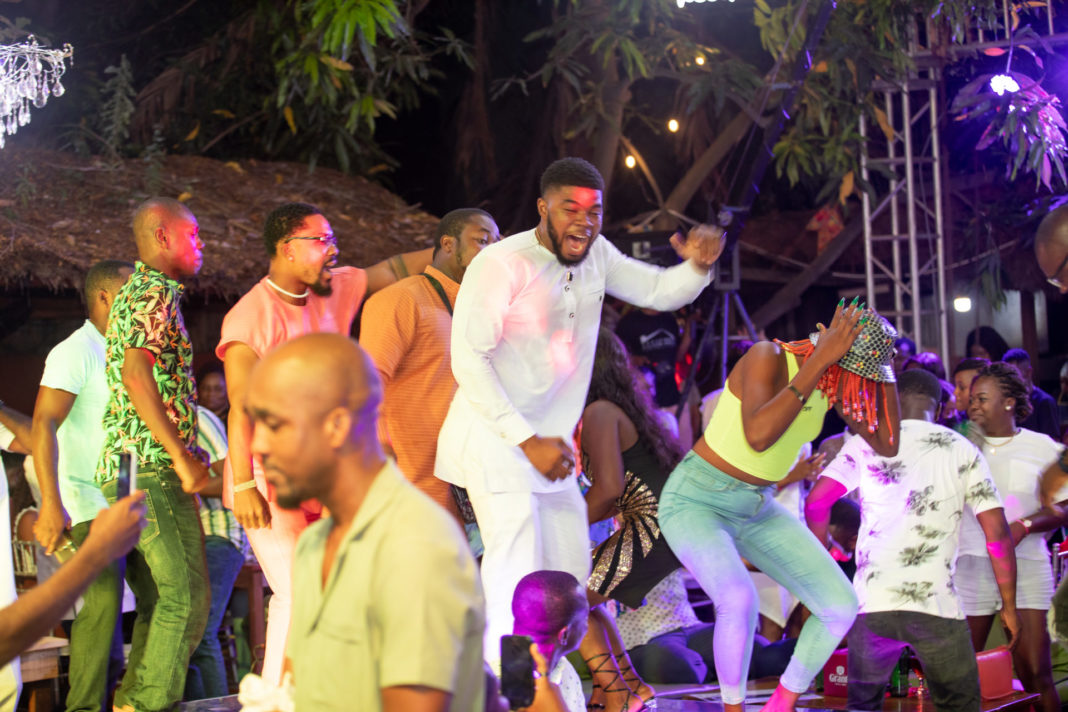 This year marks the seventh edition of Zen Gardens since its establishment;
Zen Garden is a lovely restaurant that sits quietly tucked away in an enclosed garden, providing you with indoor and outdoor seating. It is one of the foreign-owned restaurants that seek to create a beautiful bond between Ghana and the diaspora with music and food.

To usher patrons into the Christmas festivities, Lady Jay headlined the annual concert alongside the Kwanpa Band and Adaha Band on 17th December 2022.

Lady Jay a multiple award-winning Ghanaian artiste born on 19th June 1990 in the harbor city of Tema, has been a part of the music industry for over a decade and performs in a variety of genres including soul, R&B, high life, Afrobeat, Afrotrap, and hip-hop. Her music is enthralling and will send shivers down the spine of any listener.

Lady Jay was a member of Pidgin music comprised of King Ayisoba, YaaPono, Wanlov, and others. She is contracted to Wahala Entertainment and has collaborated on a number of hits with some of the region’s most skilled performers, including “ODO NANA REMIX” with Kwabena Kwabena.

Her debut EP, “Anywhere You Dey,” was a huge hit, with tunes appearing on HBO and BBC’s “I May Destroy You,” as well as several national and international commercial campaigns. “Fire,” “Odo Nana,” “Freedom,” “For You” ft. Magnom, and “Venus” ft. Sarkodie is just a few of her award-winning tracks and videos.

Lady jay is currently promoting her Odo remix which featured one of the most powerful songwriters – Kwabena Kwabena.

The program was scheduled to start at exactly 8 pm but started around 9 pm.

The lineup for the night was impressive and each did an awesome job at entertaining patron as Kwanpa Band became the opener of the night and had the crowd up and dancing on their feet with both contemporary and indigenous live music, they performed their own Christmas banger titled “Bronya Eba”, at that point everyone was well warmed up and were ready for the artiste of the night “Lady Jay”.

The much-awaited moment was finally here right after Kwanpa Band, her costumes for the night and entry was epic.
Her performances were a mixture of both her old and new songs and unreleased songs at a slow pace as she showcased her silky powerful vocal prowess. The magic that Lady Jay and the gentleman band created was beautiful. That band is pure genius.

The overwhelming moment was when she invited our very own Efya Nokturnal on stage to perform together, great performance it was.

The magical moment was when she came back for her last set of performance with her dancers and the band, that was was soo beautiful. That performance fused with a well-rehearsed choreography was pure artistry.

I can say with authority that “Lady Jay” is one the best vocal queens we have in our Ghanaian music industry and can become our biggest export in few years.

Last performance on the night was Adaha Band and I must say, these guys got the place blazed up with back to back performance with massive energy for close to three(3) hours just when I thought patrons were exhausted, they kept everyone on their feet and yearning for more and not ready to leave Zen Gardens.

They gave patrons chills with good, melodious and groovy music. Their connection with the audience was very perfect and I must say there was never a dull moment.

Congratulations to the Organizers Of “Zen Garden @ seven”.

Get the songs of Lady Jay on all digital platforms and enjoy real music in its purest form!