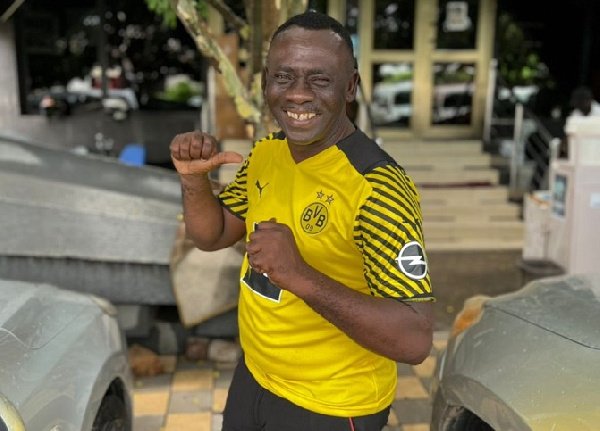 Ghanaian actor, Akwasi Boadi aka Akrobeto, is in the international news again.

A few years ago, Akrobeto went viral on the international stage with how he humorously pronounced the names of some foreign football clubs.

The popular actor caught the eyes of German sports club, Borussia Dortmund after he wore their jersey.

Akrobeto was smiling in this photo which has been shared on the official Twitter handle of the club.

In the post sighted by Zionfelix.net, they said he is a ‘super fan’ of the club.

Kumawood Did Not Collapse Because Of Agya Koo’s Absence In Movies...