Are You The Only Single Mother In The World, What Sort Of Disgrace To Womanhood Is This? – Angry Akrobeto Blasts Akuapem Poloo In Public (Watch) 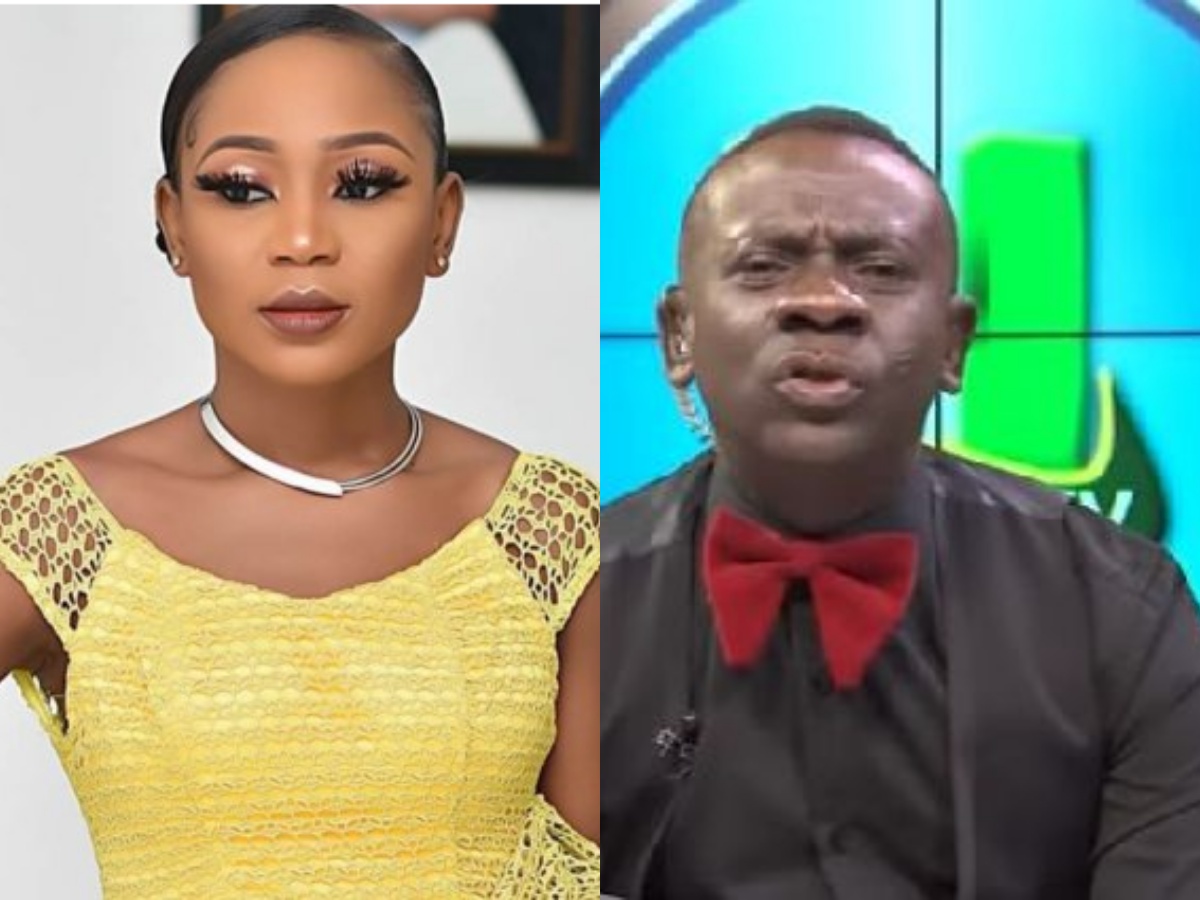 Popular Ghana actor, Akwasi Boadi Akrobeto has chided Rosemond Brown aka Akuapem Poloo after she posted a nude photo with her seven-year-old son some days ago.

Airing his opinion on UTV’s ‘Real News’ program which was monitored by Zionfelix.net, Akrobeto said Poloo’s conduct is a disgrace to womanhood.

He candidly stated that this is not the best way for Akuapem Poloo to use to get attention.

READ ALSO: “I Owe A Blast Of Your Life Very Soon” – Shatta Wale Tells Fantana On Her Birthday

The popular actor questioned what the actress will tell her maker if she, unfortunately, pass on.

According to him, if Poloo is also doing this to get money, then such money won’t be a good one.

He noted that Akuapem Poloo began her shameful act by partially showing some parts of her body before she decided to go nude completely.

While asking her to look for some influential people to plead on her behalf, he also told her to bow her head down in shame.

Akrobeto also petitioned the Minister of Gender, Children and Social Protection, Madam Cynthia Morrison and other authorities to punish her so that it will deter others from doing the same in the future.

Freda Rhymz Vows To ‘Beat’ Sista Afia If She Rans To...