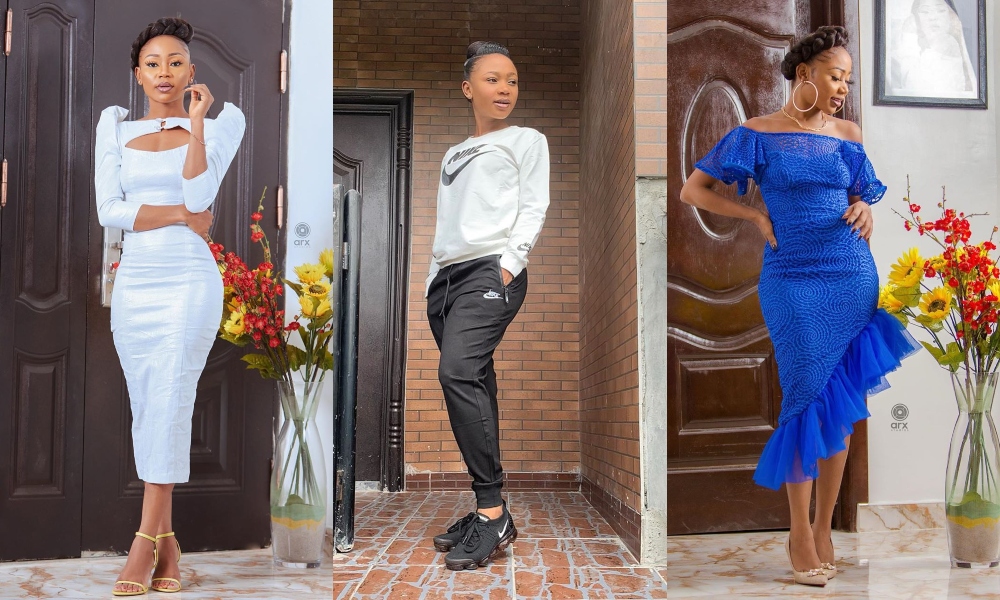 Ghanaian social media sensation and actress, now a musician, Rosemond Brown affectionately called Akuapem Poloo, is trending in a naked picture of her that has gone viral on social media on her son’s birthday.

According to Akuapem Poloo, she had to go naked today June, 30 because it is the birthday of her beloved son who she bore with little or no stress at all.

In celebration of her son’s birthday and the fact that she conceived him naked, she has to stand before him naked to prove that she is his mother and he has to remember that in her nakedness he was brought forth, in case he finds her lying naked anywhere he should remember this day.

In the picture sighted on the actress’s social media handle, Rosemond brown had no clothes on and had squatted in front of her son who wore only male underpants while standing.

Akuapem Poloo captioned the photo: “… I’m naked in front of you because this is how naked I was giving birth to you, so in case you find me naked lying somewhere, don’t pass me by, but rather see me as your mum….”

This move has got her fans thrilled as they hailed and empathized with her for being a mother. Some comments read:

” this is so deep. Happy birthday chief. Motherhood is everything “.

” wow the caption is everything, I love you and your son”.

Over the years Rosemond Brown has been seen as a woman who has transformed all the negative vibes around her into positive energy to sustain relevance and gain public attention.