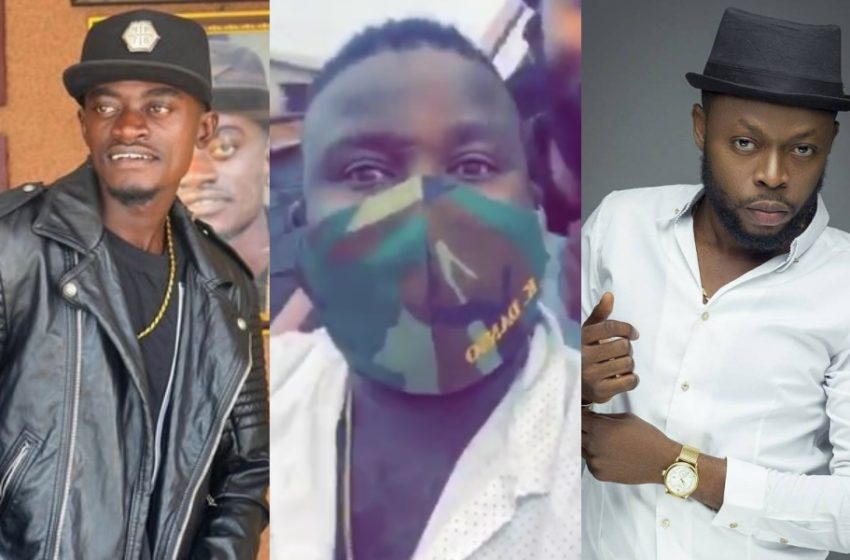 Actor Lil Win and a few celebrity friends went to Abossey Okai in Accra to pay a courtesy call on one K Danso and they showed off their massive wealth by throwing cash into the crowd.

The video which was sighted by Zionfelix.net saw the stars in a convoy as they were mobbed by residents and workers in Abossey Okai.

READ ALSO: Samini Replies Wendy Shay For Taking Him Out Of The Big ‘4S’ In Ghana Music And Replacing Herself

There was heavy traffic as the convoy moved through the streets and Lil Win and K. Danso along with comedian Kalybos were seen flaunting their wealth as they dashed wads of cash to the bystanders.

Lil Win, who wa not pictured, threw money into the crowd as they cheered them on and followed the convoy.

Kalybos was seen standing behind K Danso and was heard hailing him. K Danso on the other hand was seen wearing a military-themed customized nose mask that had his name written on it.

K. Danso is believed to be a very close friend of Kelvynboy as the musician always speaks highly of him.

It is not yet known what the celebrities went to do at Abossey Okai but it would be a good day for the residents who were lucky to be part of the cash giveaway.

Allegations That He Begged Funny Face To...